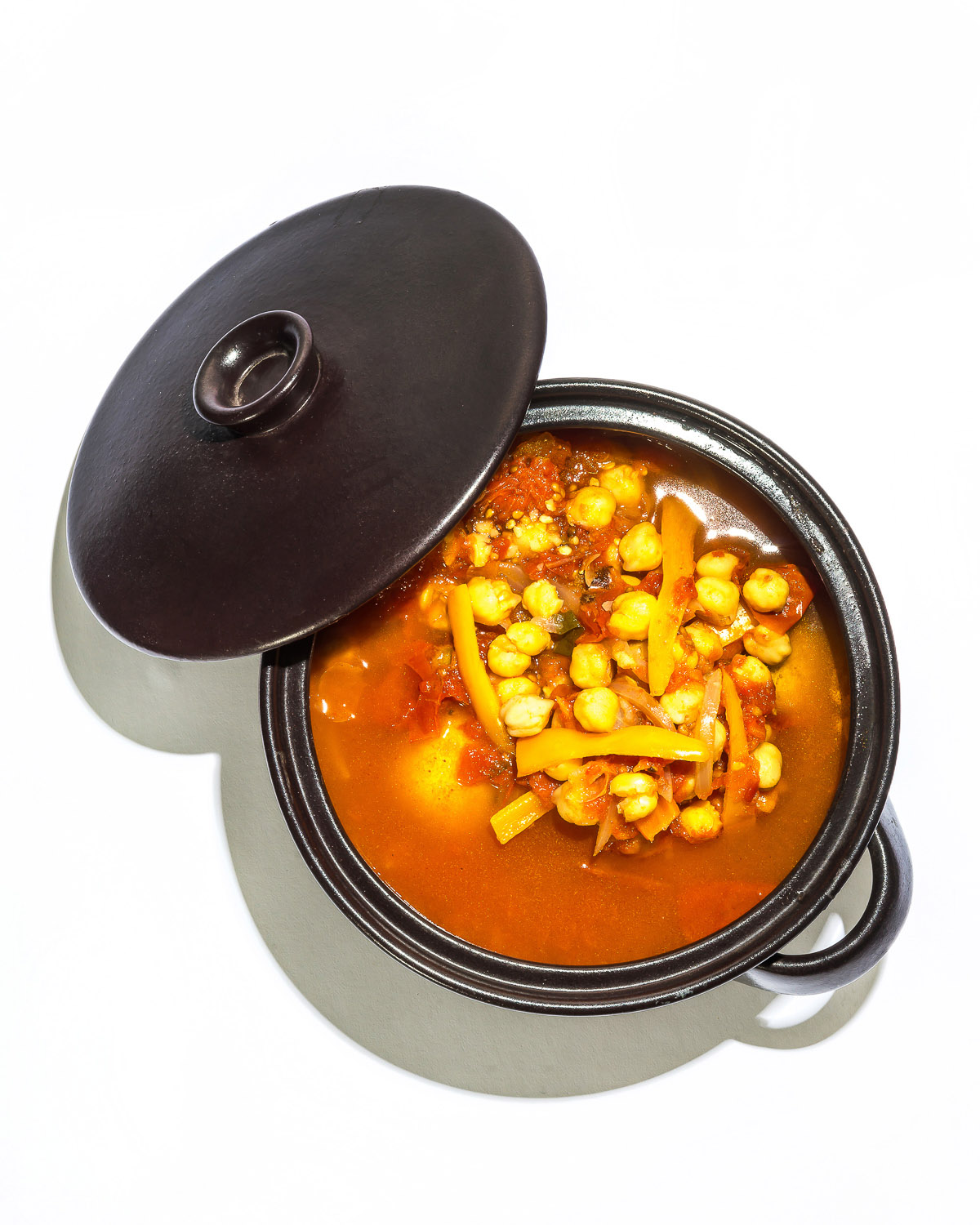 Conversos or confesos were the prime terms applied in Iberia to Jews who converted to Christianity, willingly or under duress. While many converts assimilated into the Christian religion and culture, others strove to hang on to their Jewish identity. The Inquisition used remnant Jewish practices as a key to identifying the New Christians who still Judaized. Reports that certain people avoided pork and scaleless fish, soaked and salted their meat to remove the blood, dug out the sinew from their legs of lamb or ate matzo and charoset around Easter time led Inquisitors to arrest and interrogate the Judaizers.

The dish that figures most frequently in accusations by neighbors, friends, and servants is Sabbath stew. The ingredients were entirely ordinary: chunks of fish, cubes of lamb or beef or, in the poorer families, root vegetables like beets or turnips, or perhaps cabbage, but never pork or shellfish. They did not add tomatoes, potatoes, corn, or today’s wide variety of squashes and peppers, because these were New World foods not yet popular in Europe.

Friday afternoon in a Judaizing converso kitchen, the women chopped, sliced, and braised the ingredients—always in olive oil rather than lard—while trying to deflect their servants’ queries about why they weren’t flavoring the pot with tocino, Iberia’s ubiquitous salt pork seasoning. They added seasonal greens from the garden, and these varied by region. Wealthy families might add a dash of pepper; more humble folk might use the thyme, oregano, mint, or fennel that grew wild along every roadside. Once assembled, they placed the ingredients in an iron pot and wrapped a coil of bread dough around the lid to seal in the flavors. They put it in a banked fire, covered the top with embers, and left it overnight.

For inquisitors, the fact that the stews were prepared Friday afternoon and eaten communally on Saturday was telltale. The dish went by several names: trasnochado (Spanish for “overnighted”), hamin (Hebrew for “warm”), and adafina (Arabic for “hidden”).

David Gitlitz and Linda Davidson are the authors of A Drizzle of Honey: The Life and Recipes of Spain’s Secret Jews.