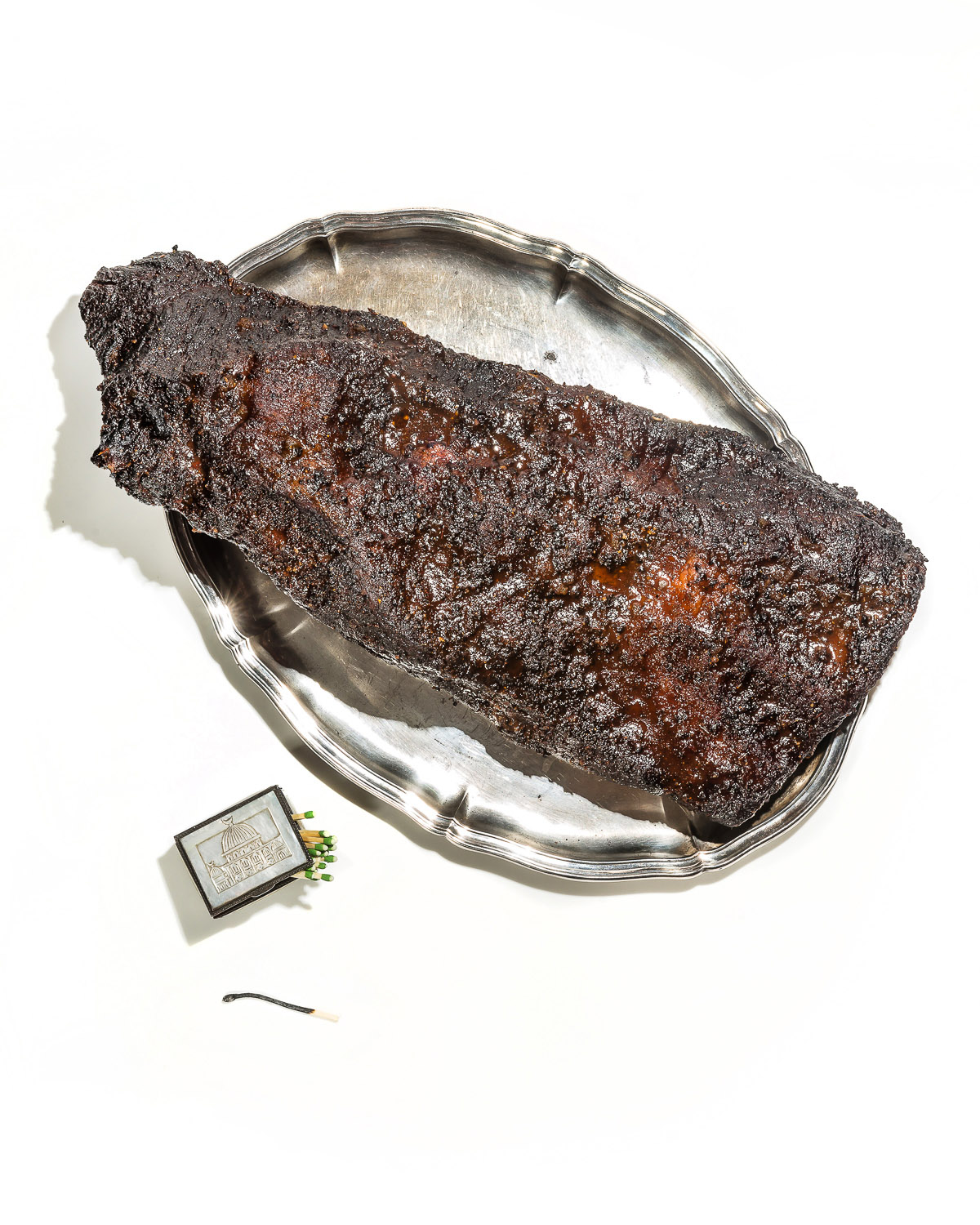 Aaron Franklin of Austin, Texas, probably the world’s greatest barbecue pitmaster, smoked his very first kosher brisket in 2017. He wasn’t having a religious awakening; he was honoring Ari White and Izzy Eidelman, two Jews who have respectively captured the coveted Brisket King NYC title (the king of “kosher bacon”) in 2016 and 2017. The sinewy cut, of course, has long been a staple of both Jewish cooking and American barbecue, but the latter’s love affair with pork—pulled, ribs, or otherwise—meant that Jews were largely absent from the barbecue pit. Not anymore, and amen to that: If you’re looking for the world’s first recipe for grilled meat, after all, look no further than Leviticus, which instructs the Israelites how to build a pit and roast the burnt offering. With the bond between beef and holiness secured early on, and with kashrut paying close attention to slaughtering cattle in a specific way, sanctifying the moment of their sacrifice, it was only a matter of time before Jews returned to the fore of the meat scene.