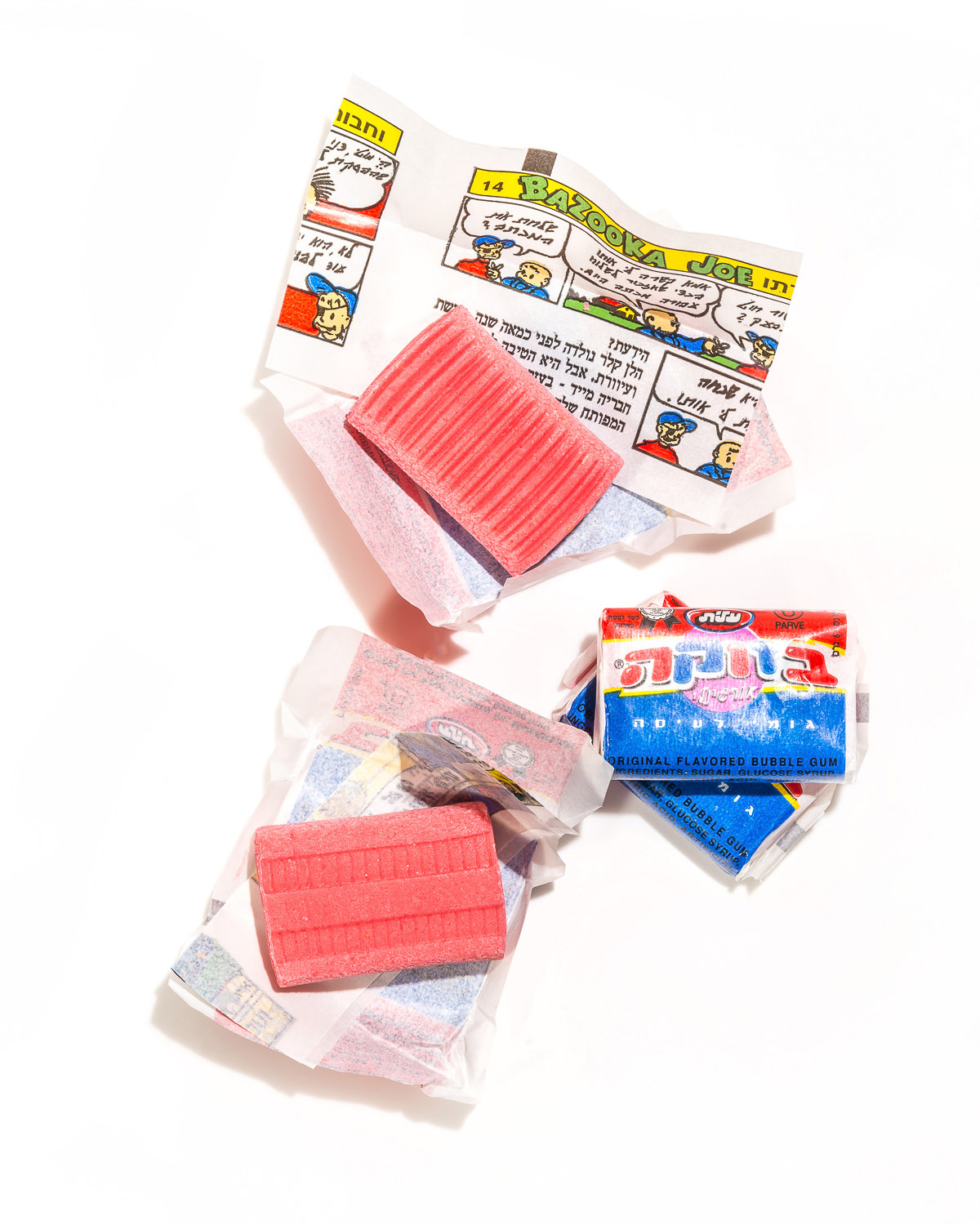 While the franchise originated in America, along with its profoundly odd “Bazooka Joe” comic strip, its Israeli offshoot and its Hebrew cartoons have become a staple of Jewish life and a favorite of countless candymen in synagogue. There is even an Israeli clothing company for religious women that inexplicably includes a square of the gum in every shipment. And while the American brand discontinued its accompanying comic strip in 2011, the Israeli one is still going strong, impenetrable punchline after impenetrable punchline.