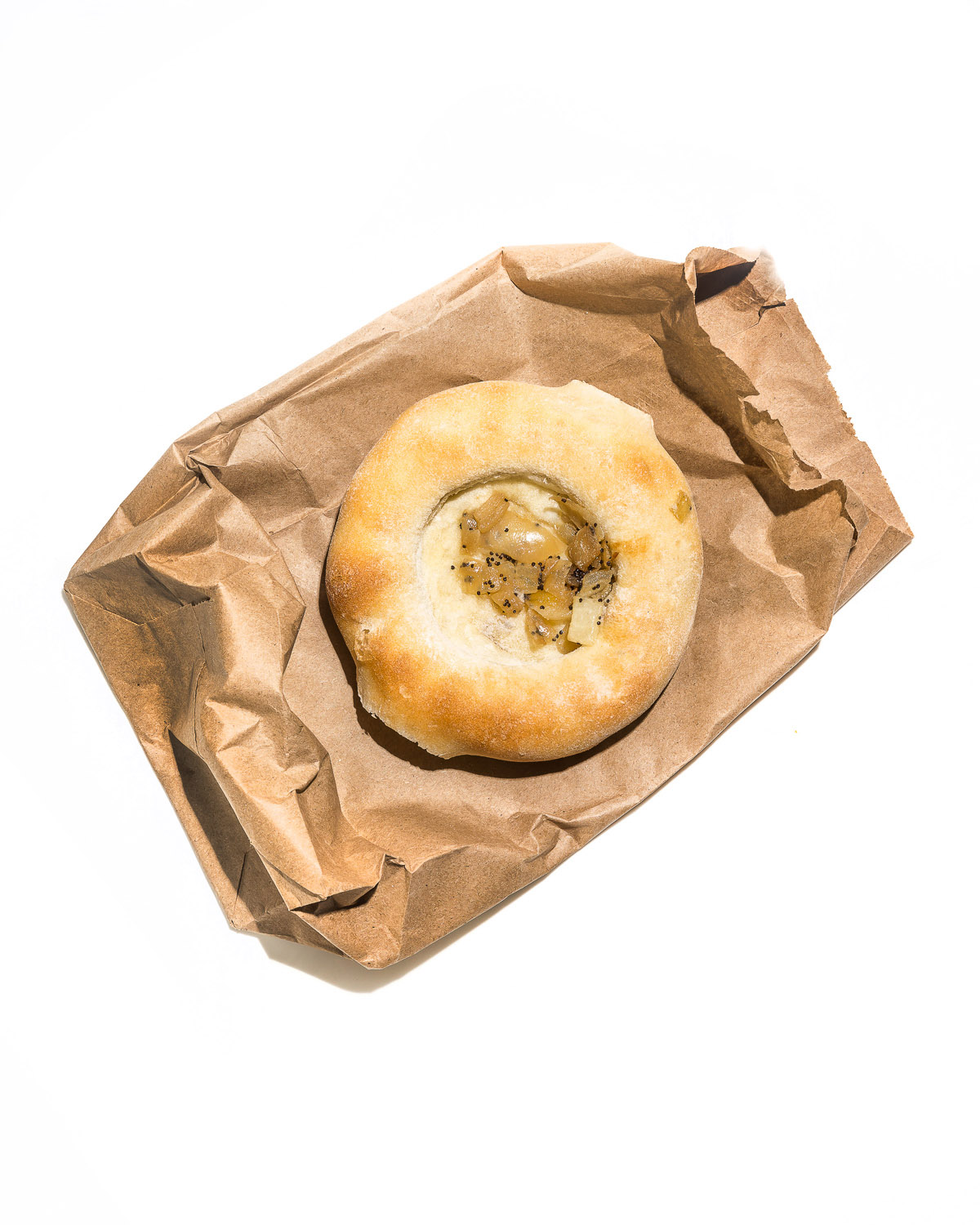 When I was doing research for my 2000 book The Bialy Eaters, I got a lot of arguments from people asserting that bialy is just a New York name for pletzel. But it isn’t true. It is the same dough, but the form is different. In fact, I developed my own theory as to how the bialy was invented. I think it was indeed made by bakers who made pletzels, which are big onion discs, which in Bialystok always had poppy seeds, and, of course, onions. My theory is that a pletzel, having been formed but not baked, fell on the floor and somebody stepped on it with the heel going into the center, and being frugal decided to bake it anyway and see what happened. And so, the bialy was born.

I interviewed many former Bialystokers about their town’s most famous export. They never split them the way we split a bagel. Whatever was going to be put on, if anything, was put on top. (As Max Ratner, a Bialystok native, told me, “Who could afford to put anything on them?” “Were they a luxury?” I asked. “Darling,” he responded, “food was a luxury.”)

But what everyone loved most was the fact that the rim was soft but the center was very thin and crisp—which is almost never achieved here in America. Someone in the family always liked the soft part, and someone else liked the crisp part, and it was to the bialy’s credit that it could make everyone happy.

Mimi Sheraton is the author of  The Bialy Eaters and  1,000 Foods to Eat Before You Die.