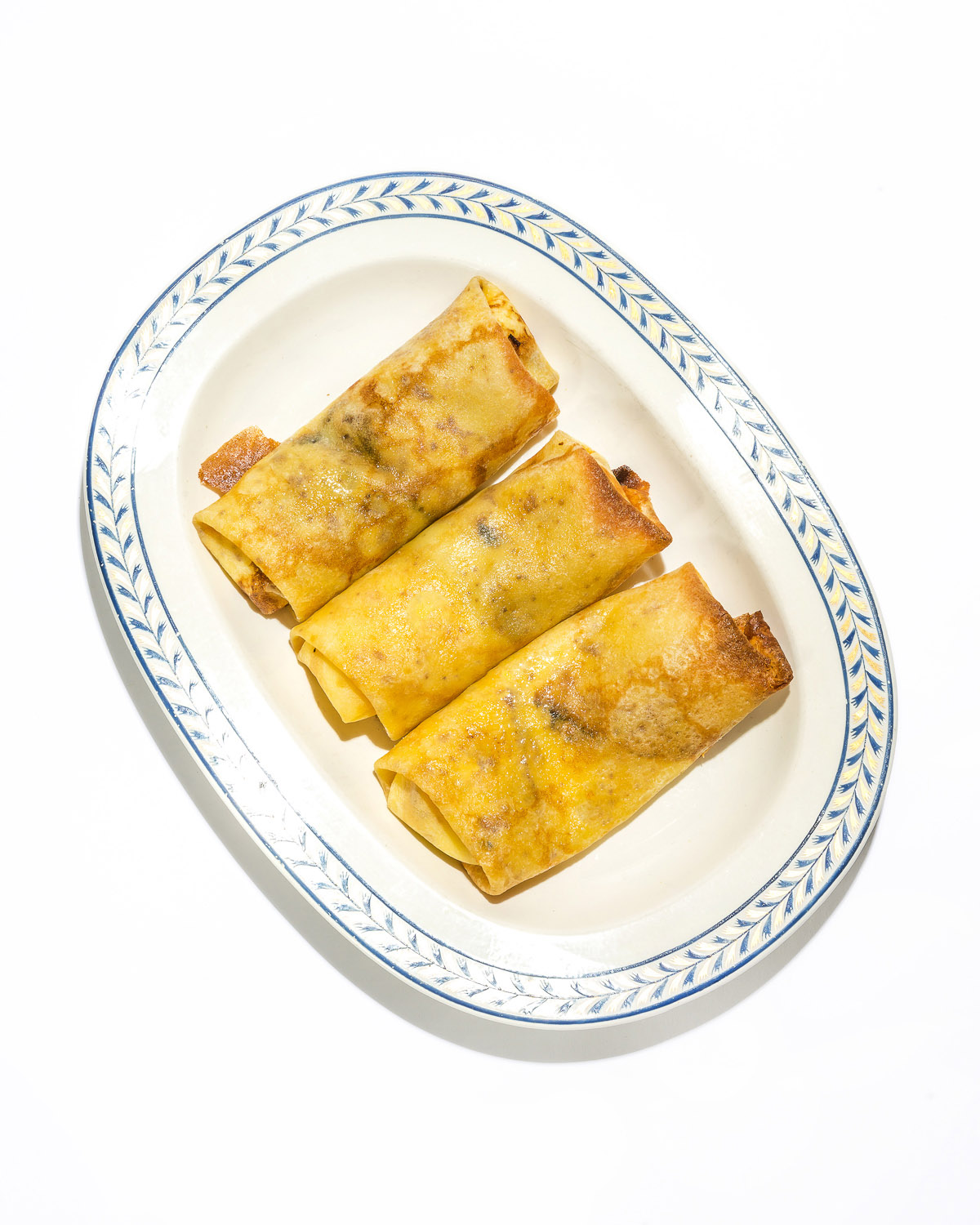 Blintzes might seem as familiar as other Jewish-food classics like babkas or latkes, but hardly anyone thinks they deserve to be reinvented with a blanket of duck-fat cracklings or a tahini-dosed filling. In fact, now that my grandmother has passed away, I don’t know a single person even vaguely tempted to attempt them, much less succeed, as she did after decades of practice. But that lack of fashion only proves the blintz’s Jewish bona fides. Perhaps it’s because, even more than latkes, blintzes require a balaboosta’s true mastery of the frying pan.

In fact, “pans” should be plural, since you can’t produce blintzes in any useful quantity without having a couple of them going simultaneously—yet another degree of difficulty. But with a master behind the stove, the allure of the blintz, blurred by too many freezer-burned simulacra, comes into sharp focus. Tender and slightly thicker than crepes, the bletlach, Yiddish for “leaves,” are the foundation of the dish. And just like crepes, cooking bletlach well requires hard-earned muscle memory, since the hot pan engraves every hesitation, every misstep you make with the batter.

Unlike crepes, bletlach are cooked only on one side to maintain a pillowy softness within—a softness that melds with the invariably tender fillings. Cottage cheese, or farmer cheese, is a classic, but my grandmother never liked the gummy, thickened versions she’d find at the supermarket, so she’d use a mixture of ricotta cheese, along with a dose of cream cheese for richness and tang. She’d mix in a couple of eggs to help the filling set, and just a tiny bit of vanilla, sugar, and salt to balance the flavor. She wasn’t making dessert. She was making blintzes. And if her greengrocer had saved her some marked-down, overripe blueberries, they’d go in the bowl, too.

She’d fill and fold dozens of blintzes at a time, regardless of who was coming over, since she knew that they freeze beautifully if separated by sheets of wax paper. Then, after thawing them for a day in the fridge, she’d give them their final panfrying, browning the tender leaves of those tidy packages until they turned as golden brown as autumn, transforming the sweet dairy within into molten lava ready to be released with the side of a fork. We’d never wait for her to finish frying them to eat them. She insisted we start as soon as they hit the paper towels, and she kept making more as we shouted our praise into the kitchen. Until there were none left.