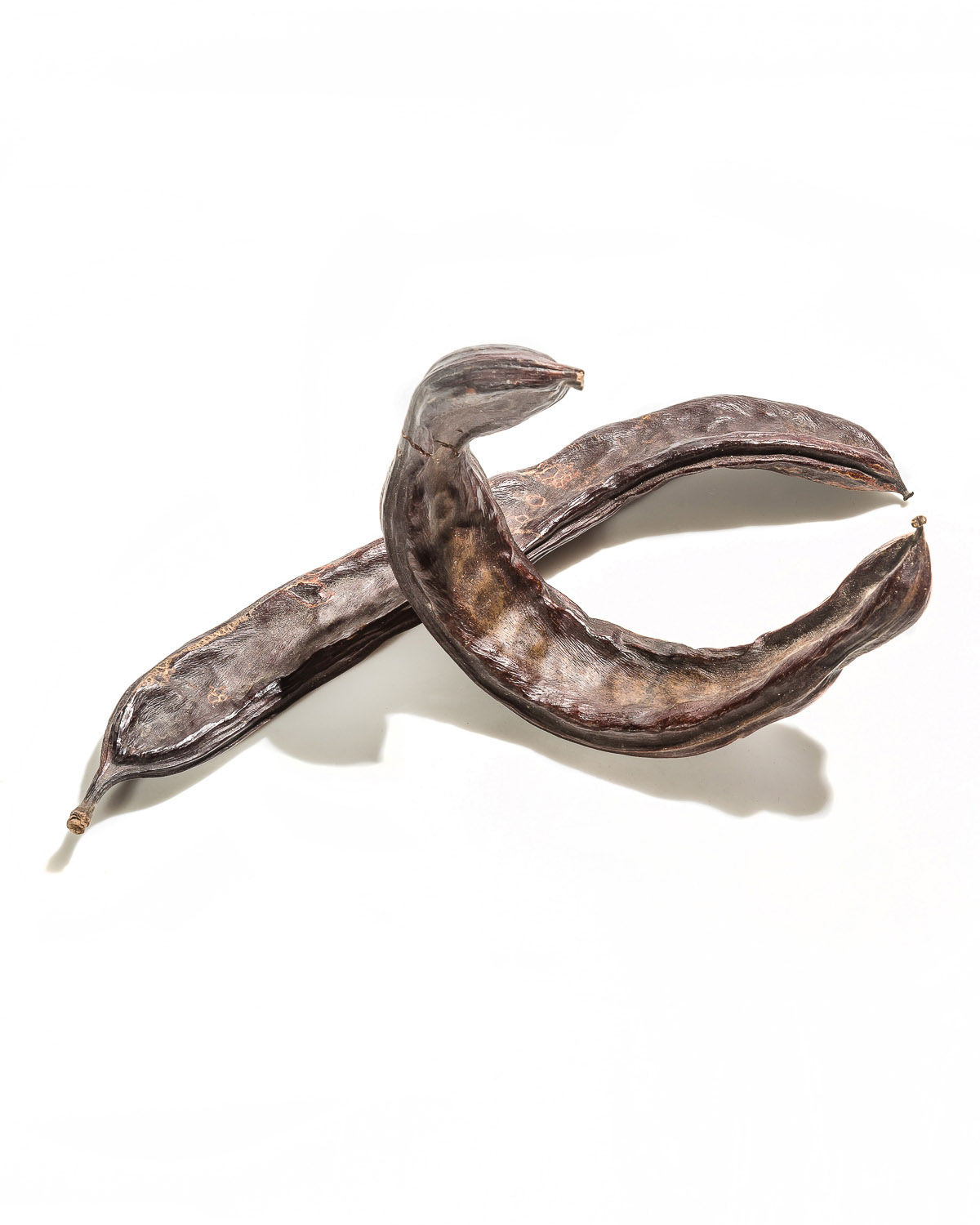 If you attended a Jewish day school in the 20th century, chances are you know from bokser. Every Tu B’Shevat, a long, flat, curved, brown carob-seed pod showed up on your desk, and you loved it. Despite it being disgusting. Tu B’Shevat celebrates the beginning of spring, and the custom is to eat a new fruit. Bokser was invariably new, always thrilling; it was the only time any of us saw or ate it. We had no idea that bokser was the same substance certain hippie moms tried to foist upon us, telling us it was “as good as chocolate!” It wasn’t.

According to the indispensable Jewish etymologist Philologos, the word “bokser” comes from the German Bockshornbaum, which means “ram’s horn tree.” Indeed, the pod resembled a dark, petrified horn. The texture was like a dead stick. The smell has been compared to Limburger cheese. The taste, at first, was nonexistent. Gradually, though, as you sucked and chewed, the slightest hint of chocolate came through. That moment was transcendent.

Alas, your interest and your jaw probably gave out long before you got through the thing; no one has ever finished an entire piece of bokser. (As the goyim say of fruitcake, perhaps there is only a single one that just gets passed around year after year.) But in the years before supermarkets were filled with fruits and veggies from South and Central America, Asia, and Africa, you’d marvel at the fact that this mysterious object in your hand came all the way from Israel.

Marjorie Ingall is a Tablet columnist and the author of Mamaleh Knows Best: What Jewish Mothers Do to Raise Successful, Creative, Empathetic, Independent Children.