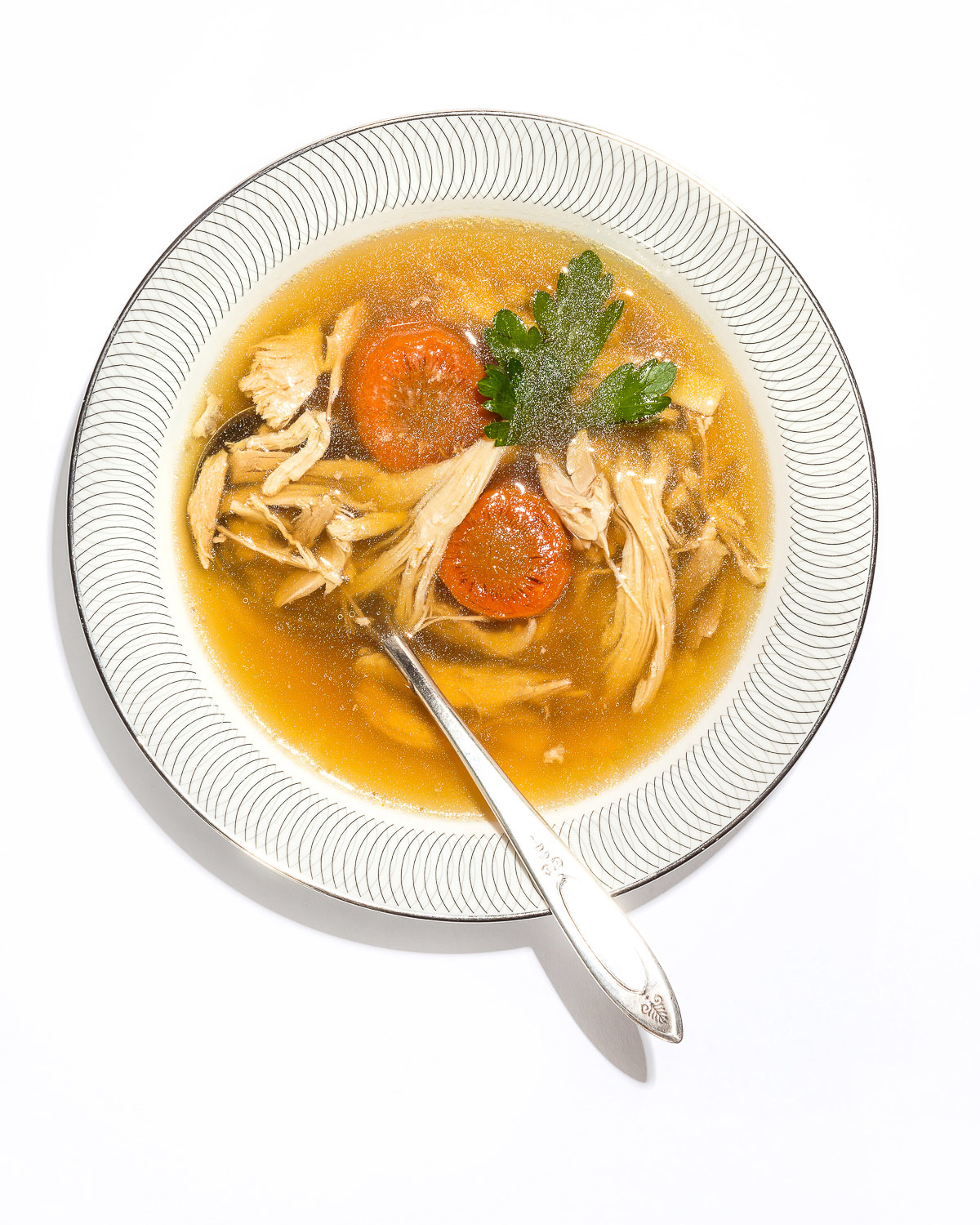 Let’s start with a hard truth: Chicken soup actually predates Judaism. It was, in fact, the Chinese who brought the chicken and its soup to the West. Ever since chickens were domesticated—between 7,000 and 10,000 years ago—the bird, bathed in water in a clay pot with a few vegetables to form a soup, has been a special dish in China.

But our own history with the dish begins illustriously and keeps on going. In the 12th century, the great doctor and philosopher Moses Maimonides learned from Chinese and Greek texts about chicken soup’s medicinal qualities. Indeed, the idea of chicken soup as the “Jewish penicillin” derives from his treatise On the Causes of Symptoms, in which he recommends “chicken soup be used as a cure for whatever might ail you.” Maimonides also prescribed a soup or stew with an old hen or cock as a panacea for the common cold and other ailments.

The flavors of this once simple soup, with water, chicken, onions, carrots, celery, dill, parsley, and an occasional parsnip, have evolved with the times. Years ago, when I lived in Israel, I tasted Yemenite chicken soup with garlic, cumin, coriander, fenugreek, and abgoosht, a Persian seasoning flavored with cardamom and turmeric. And with the increase of immigration to the U.S. bringing Jews and non-Jews to our shores, we are discovering tasty recipes that have wandered throughout the great Jewish Diaspora, introducing exotic flavors and continually transforming this perennial comfort food. Over the years, we have treated our taste buds to Azerbaijani, Uzbek, and Colombian Jewish chicken soups laced with cumin, turmeric, ginger, and other ancient yet modern healing spices. And today, when I’m sick, I long for another alternative–Vietnamese pho with chicken.

Still, it’s hard to separate oneself from the classic, and the role it has played in our lives, individually and communally—and anyway, who would want to?

Joan Nathan is Tablet’s food columnist and the author of 10 cookbooks, including King Solomon’s Table: A Culinary Exploration of Jewish Cooking from Around the World.