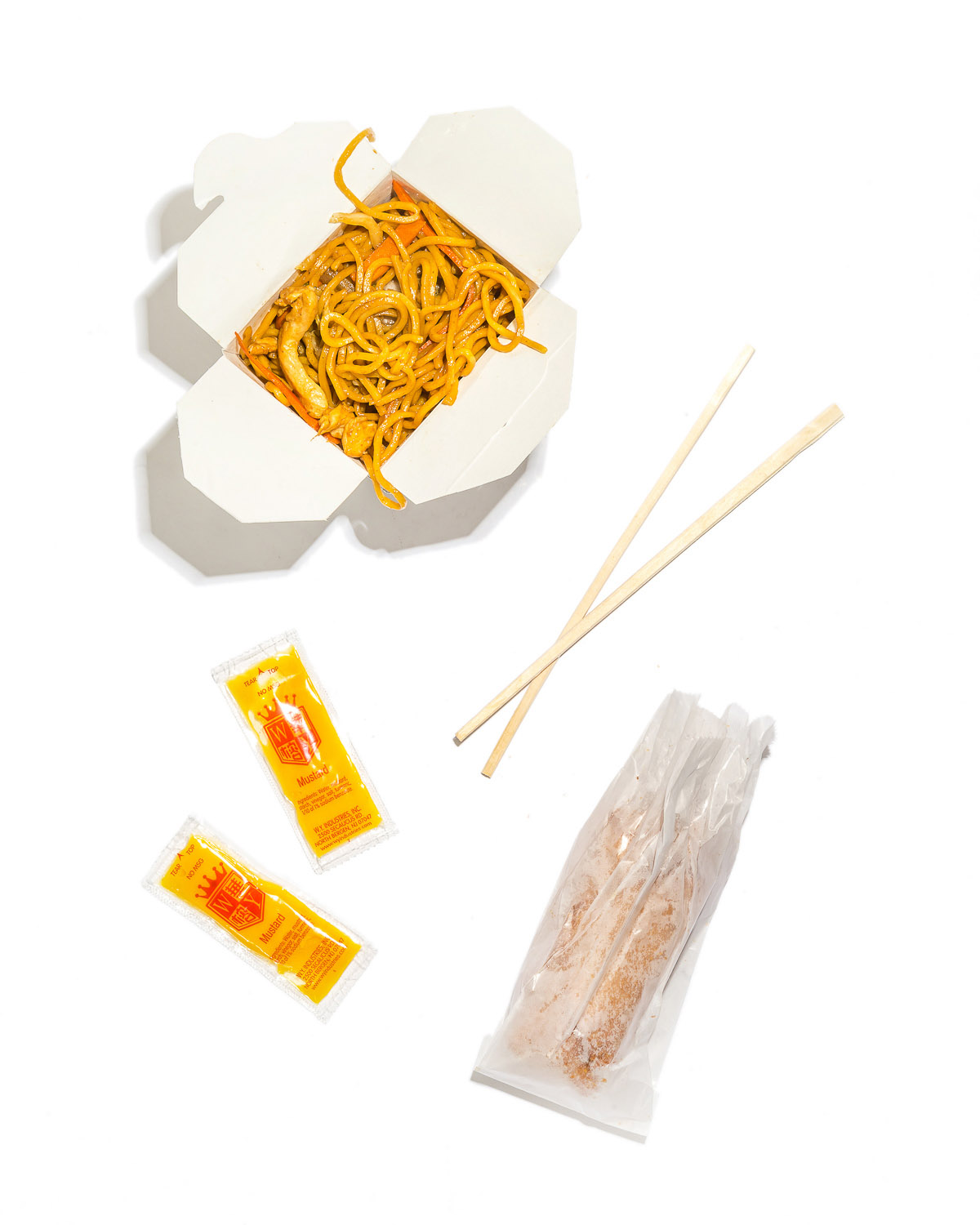 One of the biggest staples in my Jewish household was the egg foo yong that my mother would purchase. I don’t fuck with it, but my mother would always get it with that sauce—that’s old-school shit. For years, I would get the chicken and broccoli, until I started getting sesame chicken, and then General Tso’s or kung pao. But always with an egg roll—and always hot mustard. There were so many little cups of that mustard in my house, I never even had to ask for them. There were times when I had Chinese food six times a week. I had Chinese food yesterday: I had kung pao, beef with rice noodles, and Szechuan cucumbers.

Chinese food is not a phase. This is forever, this is a lifestyle—a Jewish lifestyle.

Action Bronson is the author of F*ck, That’s Delicious: An Annotated Guide to Eating Well.