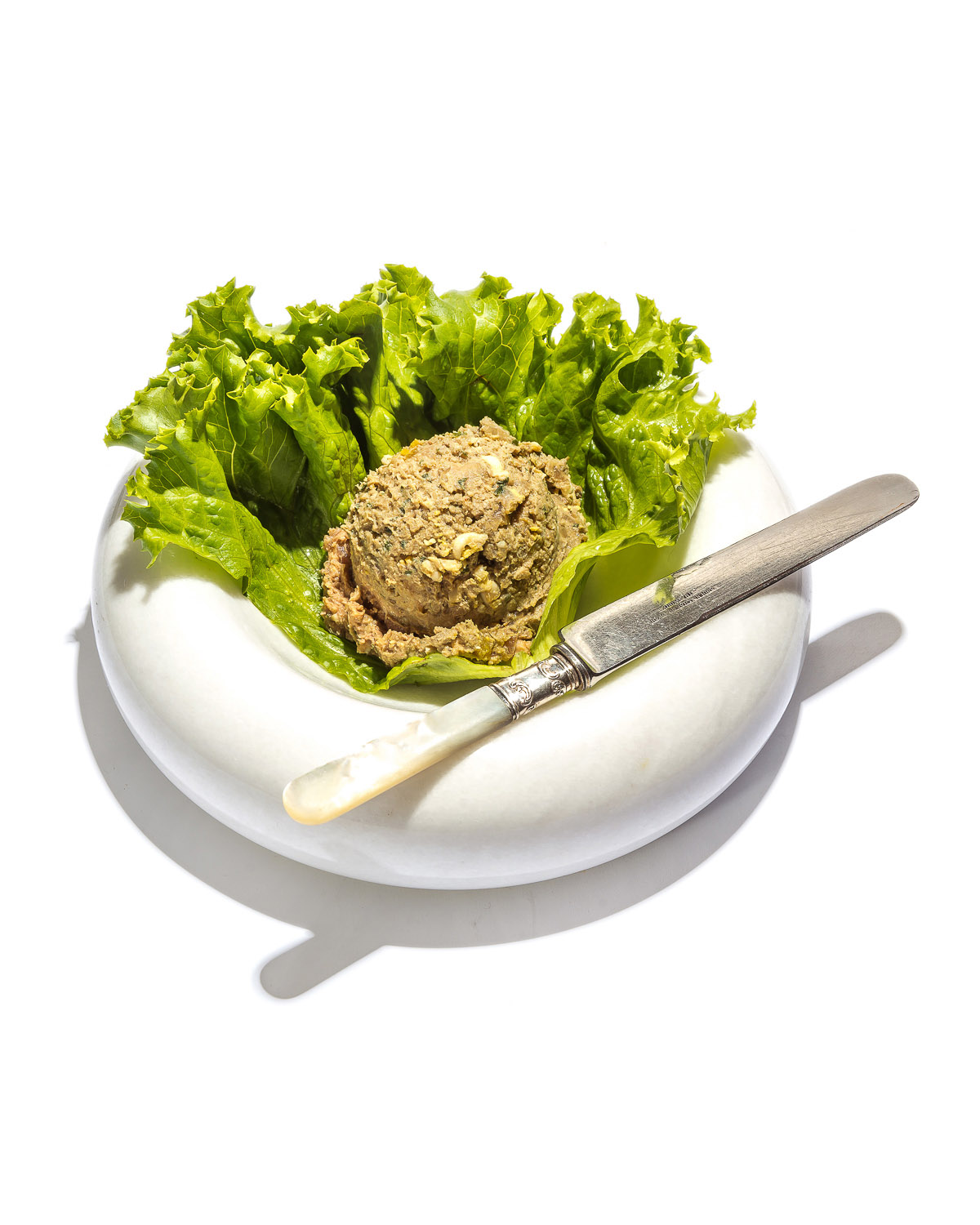 When I was a kid in Canarsie, New York, one of our neighbors—an elderly Jewish woman who lived below us—would watch me when my parents worked late. I can remember with such vividness eating egg noodles, kugels, latkes, and my personal favorite, chopped-liver sandwiches.

The beauty of a chopped-liver sandwich is that it is the most delicious thing that looks the least appetizing. The forcemeat was stored in an old Tupperware container with a film of plastic wrap under the lid as a second line of defense against decay. Its gray-brown color made it seem inedible. My neighbor would spread it thick on rye bread and put a pickle spear on the side. It was textureless and drab. And it would literally melt in my mouth. I loved the rich, buttery flavor with the aftertaste of bitter iron. It was only much later, at a deli, that I realized all those sandwiches I ate as a kid were actually made of chopped liver. What I love about the chopped-liver sandwich is that it is emblematic of all the best Jewish food—frugal, unadorned, healthy—and it comes with a tinge of guilt if you don’t finish every bite on the plate.

As I devoured each bite, I would listen to my neighbor admonish me about my grades and implore me to keep up my piano lessons. Funny thing is, she never told me what I was eating. She would just tell me she was going to make me a sandwich—as if there was no other version of a sandwich that existed on Earth. Maybe there shouldn’t be.

Edward Lee is the chef-owner of 610 Magnolia in Louisville, Ky., and Succotash in Washington, D.C.