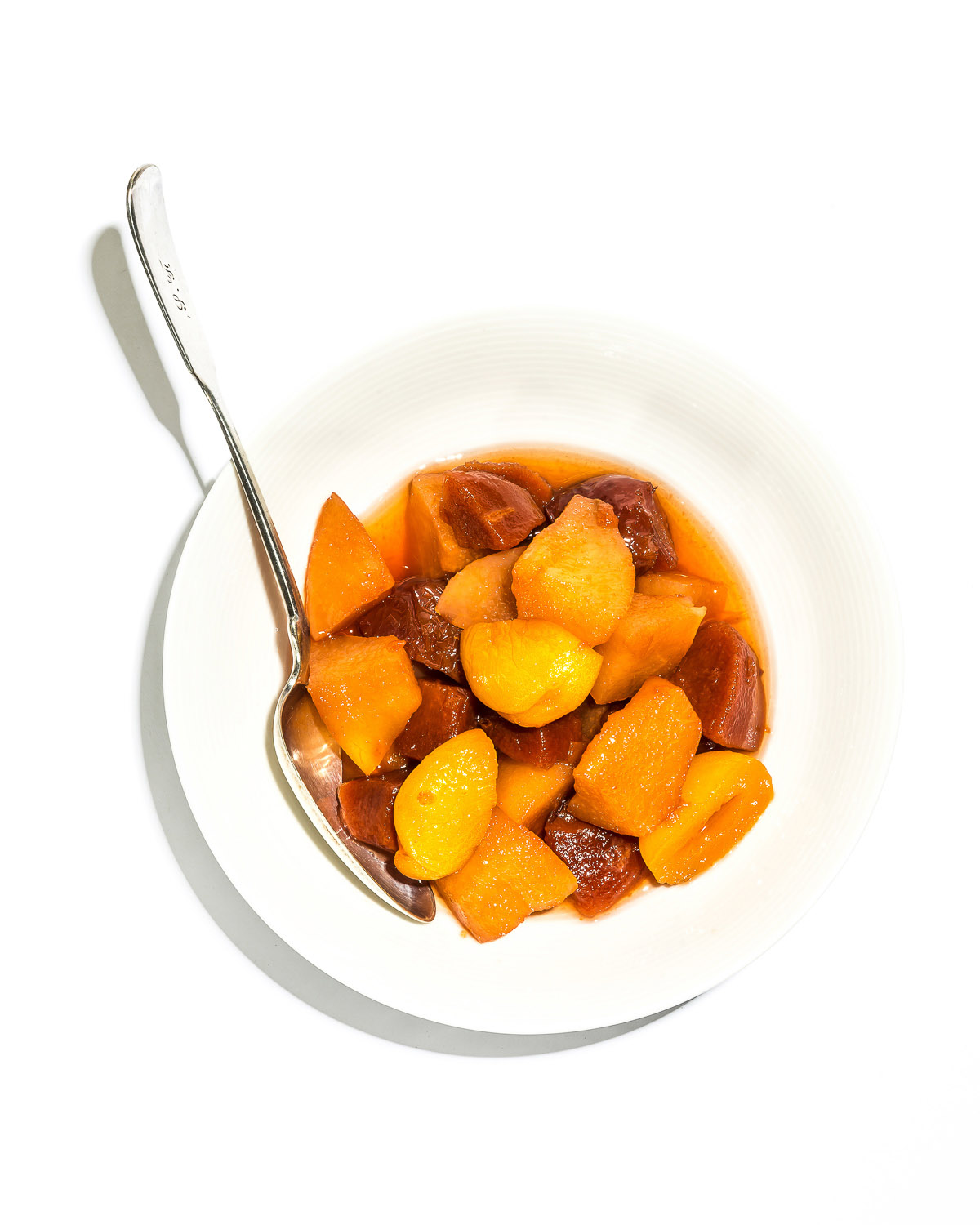 As I was making what is probably the 500th pot of compote I have cooked since I was a newlywed, it occurred to me that, as far as the classic Jewish comfort foods go, compote is pretty much neck and neck with chicken soup. Sure, it doesn’t get the same kudos; it’s not a cure-all, it’s not “Jewish penicillin,” but it’s certainly a lot easier to make, and no animal has to be sacrificed for it.

It’s just peeled and cored apples and pears and, if you want to get fancy, maybe strawberries or a cinnamon stick thrown in. No sugar needed. A dash of water, some gentle simmering, and then the decision: to blend smooth, or to leave chunky? My mother-in-law favors the smooth, especially since she tends to use strawberries, so the end result is a pink puree which just slides down. My mother, God rest her soul—who was what we call now a good, plain cook and sure couldn’t afford such a luxury as strawberries cooked into compote—left the fruit with a bit of texture. It is this style that I prefer, except when the compote is intended for either the very young or the very old. I’ve never known a baby to refuse compote, and I’ve had what to do with babies. They sit there with their little mouths open, like baby birds, and just scoff it down. Even the most hardened self-feeder relents in the presence of a spoonful of compote, after splashing around in it for a bit, perhaps; but eventually, the spoon wins.

Now that I am older and I think of my parents more than ever, I remember my father in his last illness, at home with us for his last weeks, becoming frailer by the day, but still clinging to the desire to live. And to eat is to live. But the illness meant that he couldn’t tolerate lumpy food. Enter my mother-in-law, who has a gift for visiting and nursing the sick, with her smooth, cool compote. Such a simple food and so delicious. I’ve got a couple of quarts in my fridge right now—and more in the freezer, for a rainy day.

Shyrla Pakula is an Orthodox Jewish doctor, lactation consultant, mother of 7, and grandmother of many more (Baruch Hashem ptu ptu ptu). She lives in Melbourne, Australia.