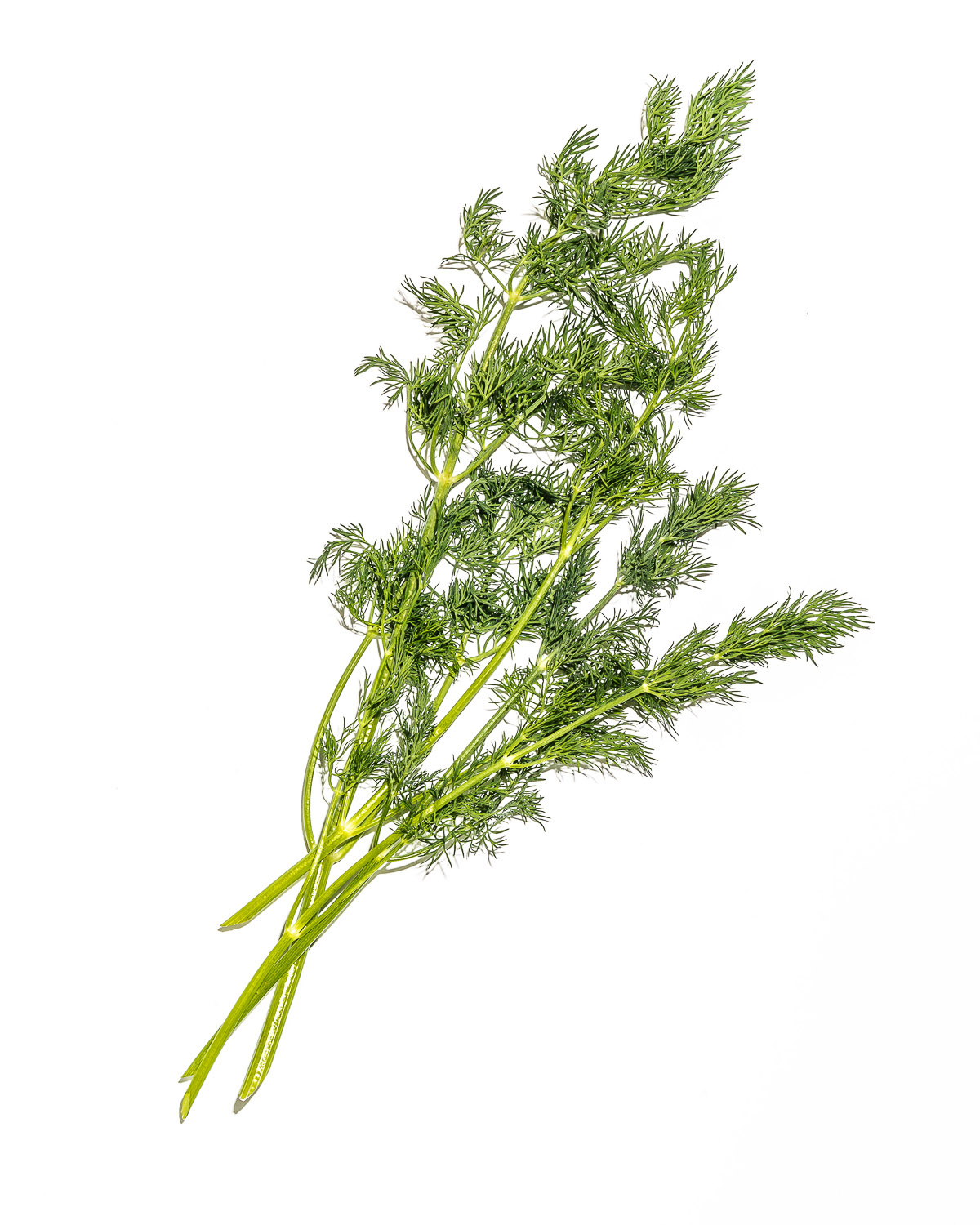 Dill (Anethum graveolens) might be the seasoning that most characteristically delivers a Yidishn tam, that ineffable flavor of Jewishness, to a dish. Boiled potatoes without dill are so forlorn as to be unimaginable, and fresh and pickled cucumbers rely so heavily on this herb that the Yiddish names for dill (according to Nahum Stutchkoff’s thesaurus, Der Oytser fun der Yidisher Shprakh) include ugerke groz (cucumber grass) and ugerke grins (cucumber greens), along with krop, krip, ukrop, ukrip, and koper. Mushrooms, fish, buttermilk soup, and, of course, chicken soup and vegetarian approximations of chicken soup all require dill to lighten, sharpen, and enliven their flavors and aromas.

The Jews of Eastern and Central Europe may have learned their enthusiasm for dill from their neighbors (the peregrinating epicure Joseph Wechsberg wrote that it is possible the Poles “overdo the dill business”) but made the herb their own by incorporating it into uniquely Jewish ceremonial dishes like di goldene yoykh, the rich chicken soup served at weddings and Sabbath feasts.

Plus, Marlene Dietrich called it “the best herb I know.”

Eve Jochnowitz is a Yiddishist and scholar of Ashkenazi foodways.