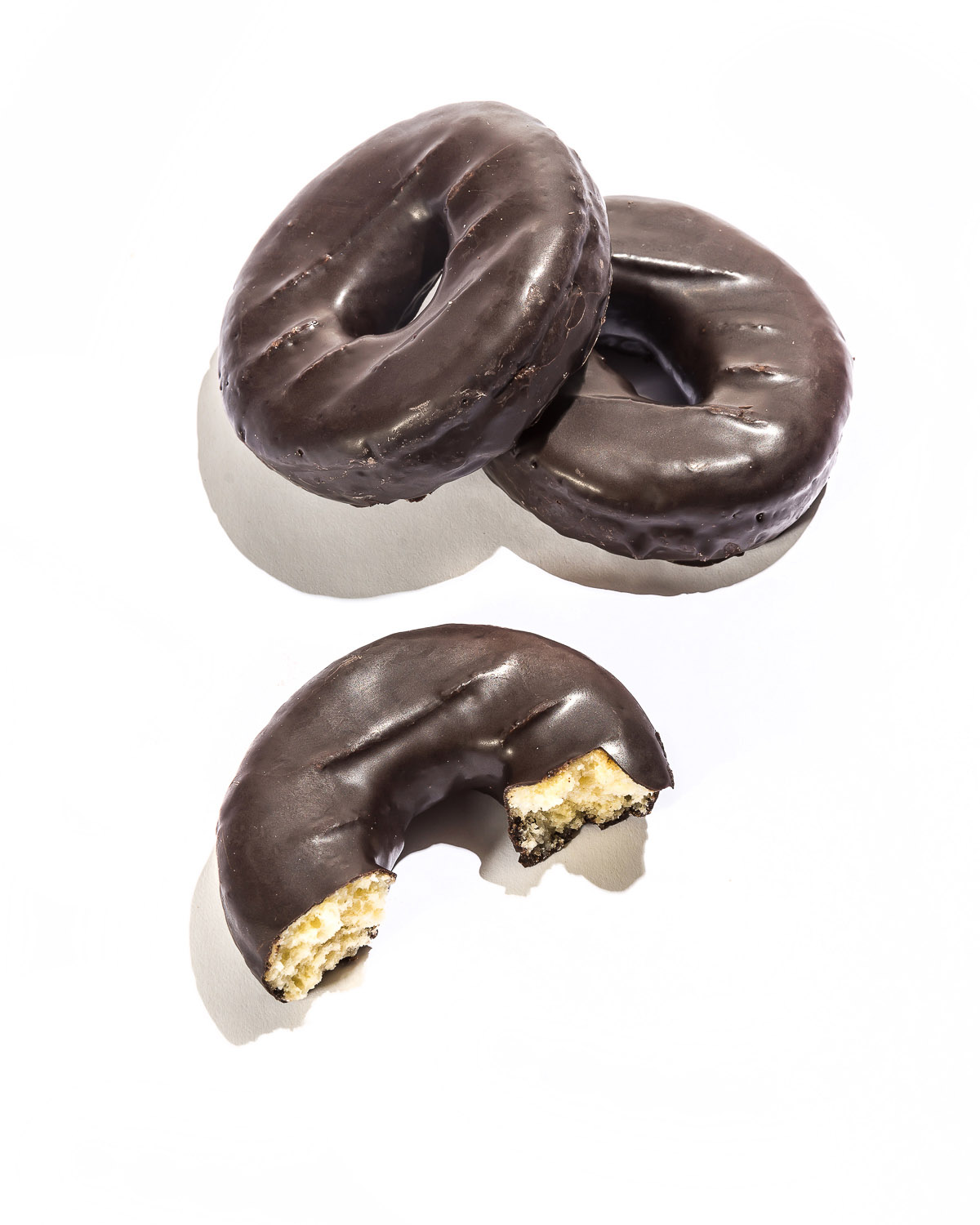 I grew up in New York, and both of my parents worked, so I would be alone from about 3 p.m. to 5:30 p.m. every day after school. There was always a box of those chocolate-covered Entenmann’s donuts in the house, and the first thing I did when I got home from school was have a donut with a glass of milk. I would break it in half so I could dunk it in the milk. Then I would watch TV; the ’70s game shows—Match Game, Hollywood Squares, The Joker’s Wild—and then a TV movie would come on.

It’s such a happy memory. I didn’t care that I was alone since I had those donuts.

Every region has their own thing, a shared food history. My wife grew up in Philadelphia, and for her it was Tastykakes. Growing up in the New York area, especially if you were Jewish, you had Entenmann’s donuts. That was before Entenmann’s got kosher certification, which happened in the ’80s. After that, the connection was complete.

I don’t know the last time I had one. These days if I have a donut, it’s not going to be from a box.

One time, my daughter visited my parents, and Grandpa offered her an Entenmann’s chocolate donut. She said she had never seen one before, and I was shocked. She tried it, and I was so touched by how much she liked it.

Certain things are eternal that way—they bring you right back to childhood.

Phil Rosenthal is the creator of Everybody Loves Raymond and the host of  Somebody Feed Phil on Netflix.