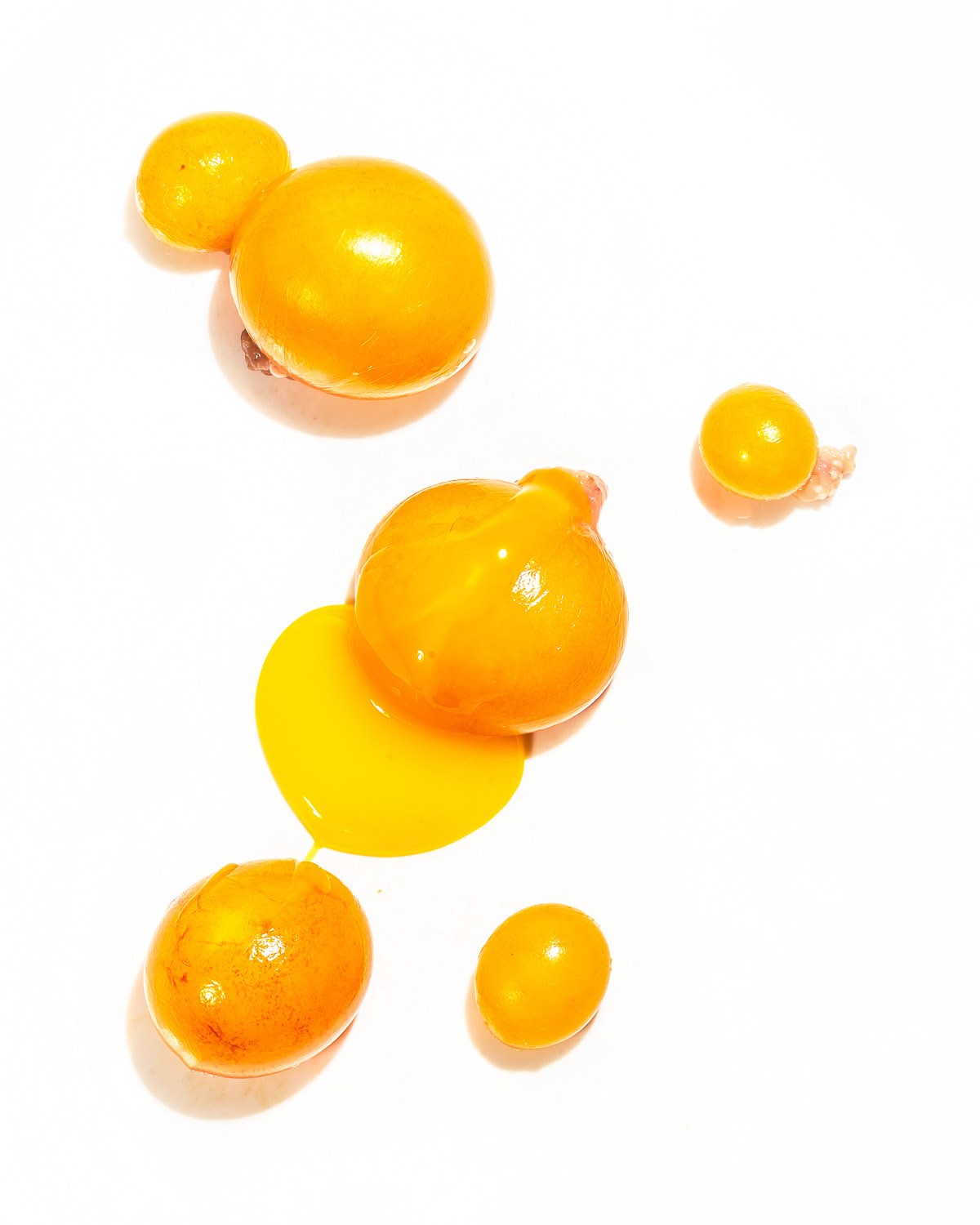 In the days when my mother and paternal grandmother would buy the whole chicken from the kosher butcher—my mother was from Brisk (Brześć nad Bugiem), in what is now Belarus, and my grandmother was from Apt (Opatów), Poland—they would get everything: The feet were essential for the chicken soup (you had to clip the claws and scrape off the outer yellow skin with boiling water) and beloved for their rubbery texture, the best part being the “palm” of the foot. The neck (helzl) was its own delicacy, both the gorgl (neck bones), which went into the soup, and the skin, which was stuffed with flour and chopped chicken fat, the ends stitched closed with white cotton thread, and roasted with the chicken to golden-crisp perfection. In the old country, once you sucked all the goodness from the neck bones, you could take them apart and play jacks.

Then there were the treasures inside the chicken: the pipek (gizzard), chicken liver, heart and—treasure of treasures—the eyerlekh, or what we called eggies. To be technical, they are oocytes on their way to becoming the eggs with whites and shells that hens will lay. Drop them into di goldene yoykh, the golden broth otherwise known as chicken soup, and they solidify into the most delicate and delectable pale-yellow yolks. As children growing up in downtown Toronto’s immigrant neighborhood, we fought over them. The chicken might have two feet, but it never had enough eyerlekh, and my mother would parcel them out carefully as we children made our own calculation. Eventually, she gave in to our pleas and asked the butcher for several necks and extra eyerlekh, although this always seemed to me like cheating.

Today eyerlekh are nowhere to be found—almost. Not in the supermarket nor at the butchers and not even in Poland, where it is illegal today to sell them because, I was told, they cannot be tested for salmonella. But they can still be bought in Chinatown, where nothing inside the chicken goes to waste. And they have been rediscovered by experimental chefs, notably by Dan Barber at Blue Hill in New York. Nothing, however, will ever compare with the delicate flavor and texture of eyerlekh gently poached in di goldene yoykh.