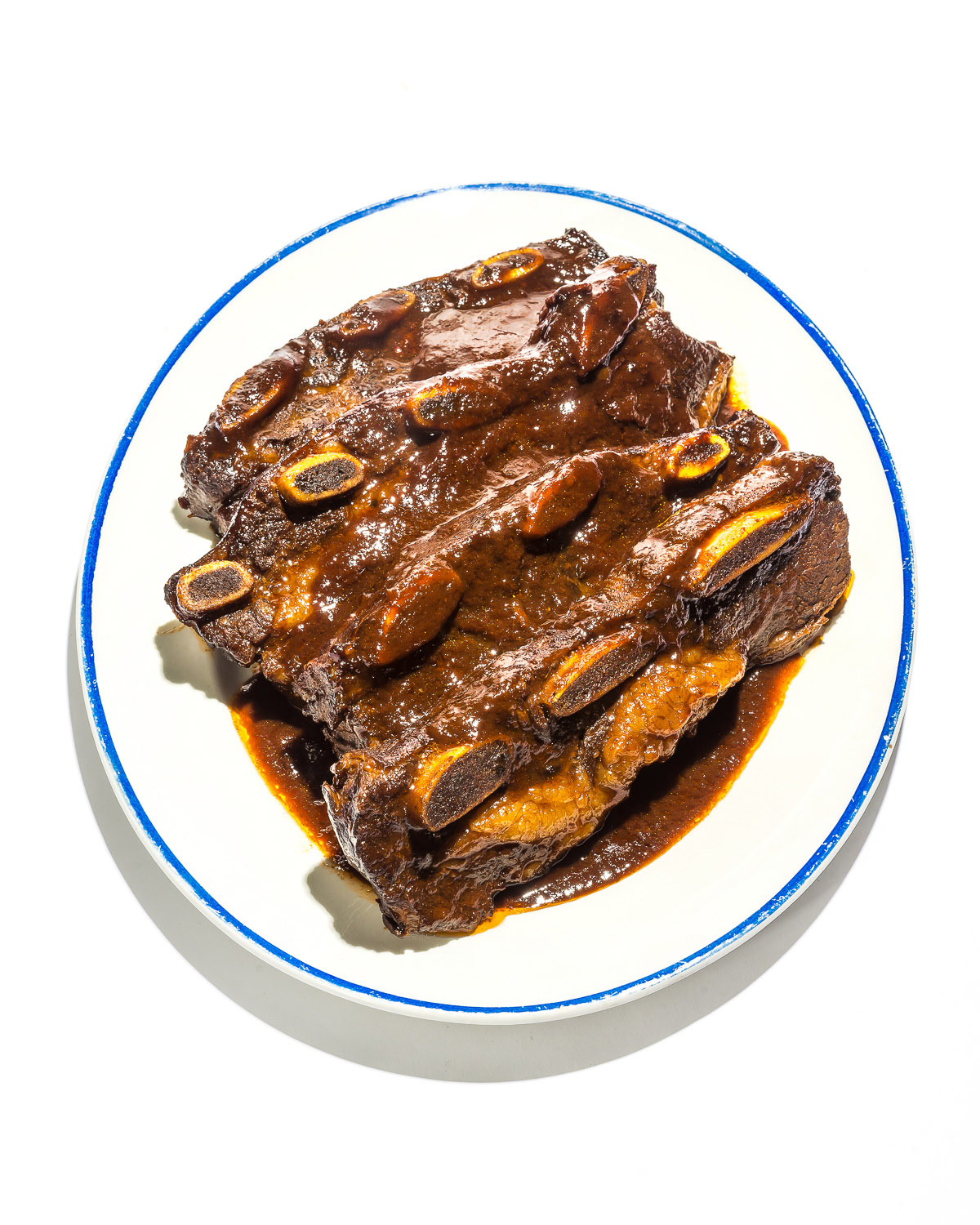 Known as short ribs in standard English, flanken are a tough cut of meat, heavy on tendon and fat. Given the frequency with which signs posting this week’s price used to appear in the windows of kosher butcher shops, flanken occupy surprisingly little space in older Jewish cookbooks, many of which don’t even accord them the dignity of a freestanding dish but simply list them, often as no more than a possible ingredient, in recipes for mushroom-barley soup, borscht, the weekly cholent, or anywhere else where they could stew long enough to be chewable. Just as the Yiddish from which they get their name was said to red zikh aleyn—to issue naturally from a Jewish mouth without any of the study or instruction needed for Hebrew—so flanken, heymish and hearty as they are, were thought to leap into that mouth with nothing but common sense as a guide. The name itself has the kind of clunky, endearingly awkward charm more redolent of home ec than of haute cuisine, and cookbooks with detailed instructions for preparing brain fritters or lung and liver seem to have assumed that anyone who could boil water didn’t need any help with flanken.

But sooner or later, America works its magic, the culinary orientalism endemic to American Jewry kicks in, and flanken forsake the workaday pots we thought they loved for the more upscale ambience of the kosher or kosher-style buffet. Rebranded as the less overtly Jewish Miami ribs, these faux Far Eastern flanken are marinated in some combination of sesame oil, Worcestershire sauce, plum sauce, soy, hoisin, and oyster sauce, then quickly grilled. Kashrut embraces kalbi—as long as the oyster sauce is fake—at weddings, bar mitzvahs, and fundraising dinners, while a still, small voice whispers, “Flanken, flanken,” to those in the know.