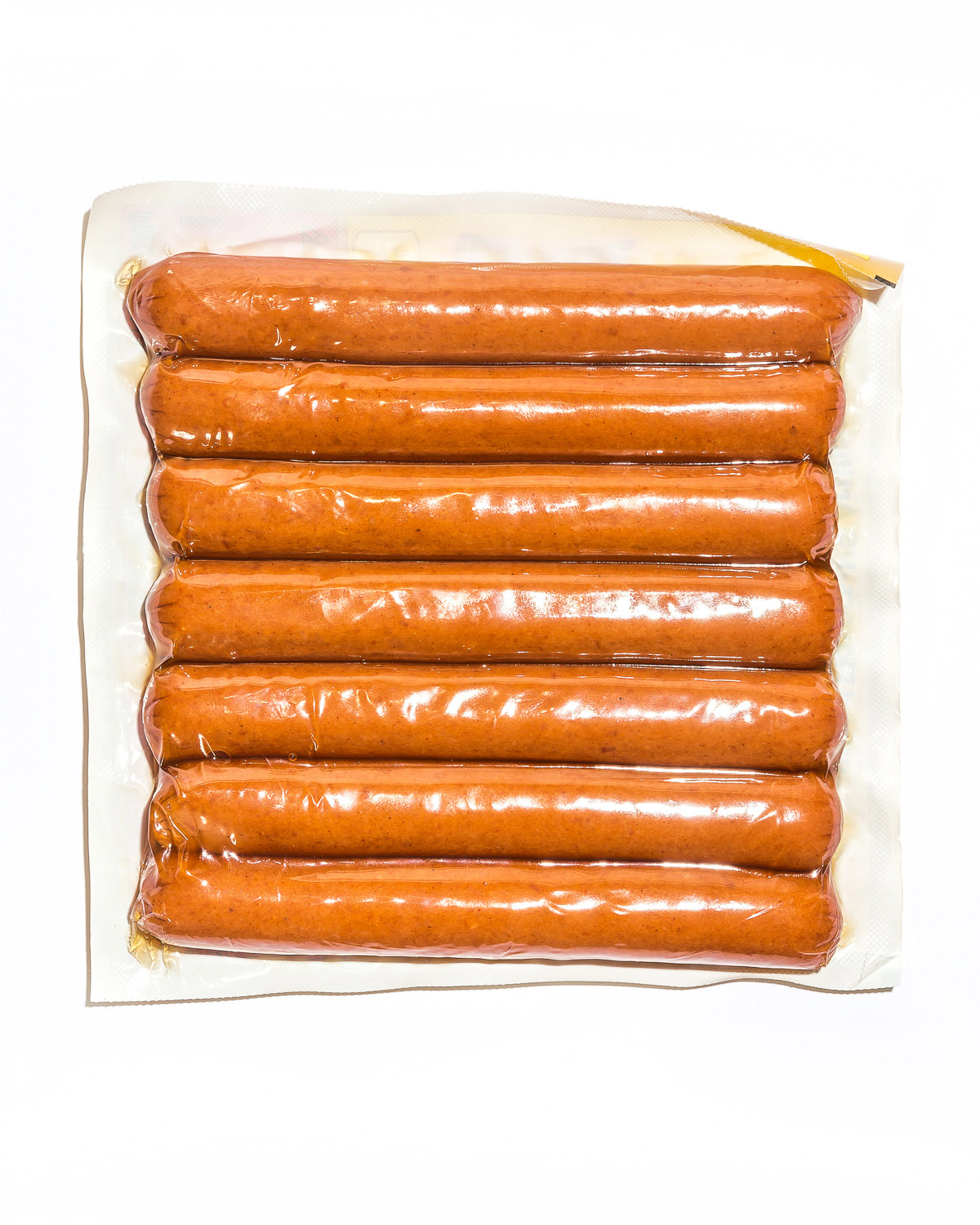 My adherence to kashrut growing up was like that saying about whether you should button the buttons on a three-button suit: sometimes, always, never. Sometimes: milk with meat. Always: shellfish (I mean, I lived in Maryland). Never: pork. I still never eat pork, and with regards to bacon I am confident I am missing out big-time. But I take pride in my allegiance to kosher hot dogs. They’re better anyway.

Or so I’ve been told. I wouldn’t know! Great hot dogs to me are delicious, juicy, without the dangerous smokiness I can only imagine the ones stuffed with pork have. My dad would get Second Avenue Deli dogs shipped, frozen, in bulk. When my parents and brother were away on Saturday afternoons for soccer games, I would stay at home with the George Foreman grill, squeezing the top down to etch those charred divots into the dogs, lightly splaying the buns on the grill near the end. Deli mustard. A Coke. I can’t believe people eat ketchup.

My father told me about the Hebrew National ads: “We answer to a higher authority.” A more concise statement of American Jewish assimilation I have not found. Our hot dogs are better than your hot dogs, because they must satisfy the demands not only of your profane laws of man but our own sacred laws of God. Jewishness: It works. (Infant circumcision could take a page from this marketing strategy.) But, of course, the implied boast was unprovable, because those making it would never eat the other hot dogs. The slogan combined confidence in the reasoned superiority of one’s faith with an orthodox commitment to that faith regardless of reason. Many a group has refused to copy the American mainstream. But it takes something still known by its Yiddish name, chutzpah, to insist, No, actually, you will copy us.

Marc Tracy, a Tablet staff writer from 2009 to 2012, covers college sports for The New York Times.