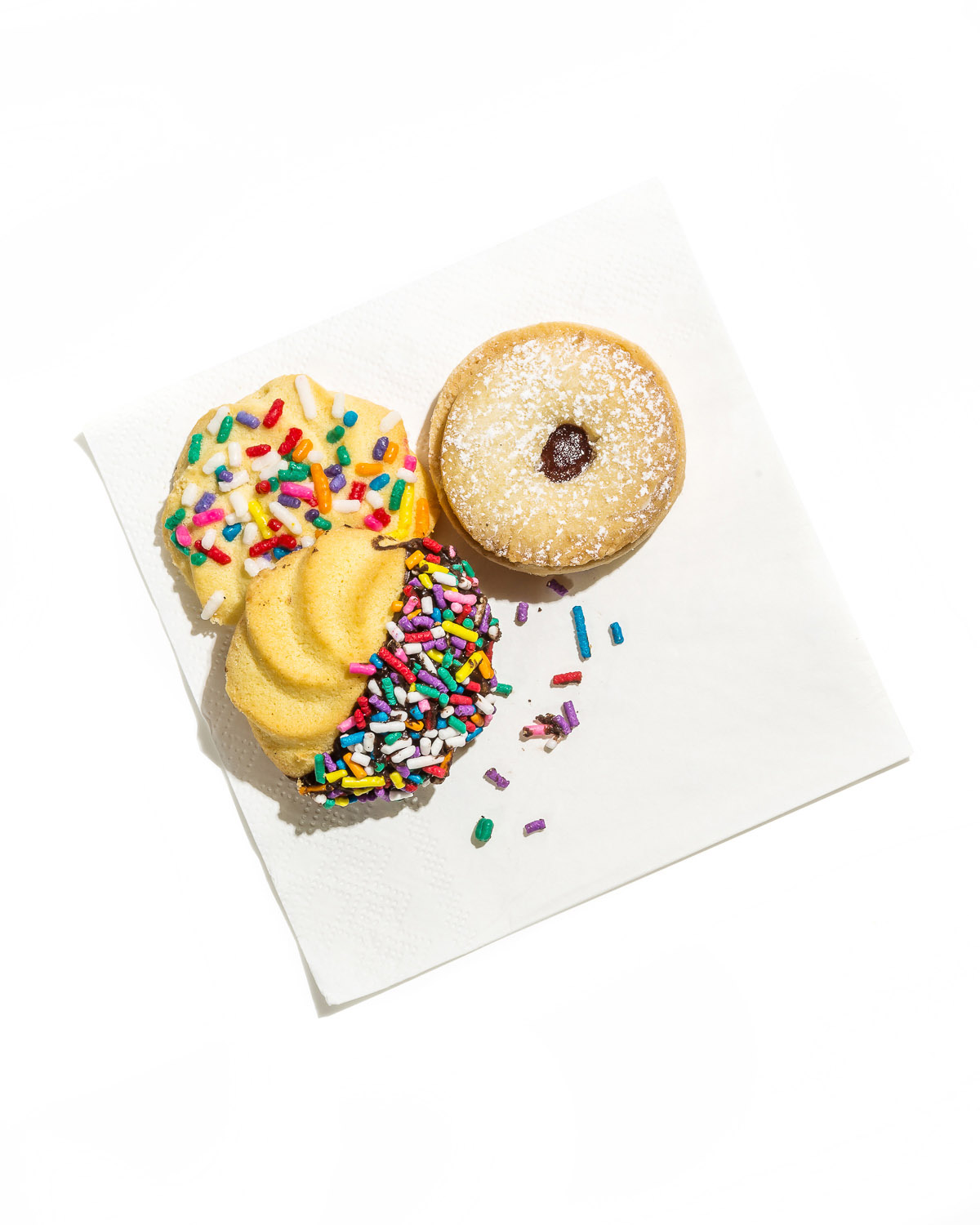 “Those cookies were the beginning of the end of it all,” he said to me. The young rabbi had invited me to speak to the machers of the synagogue he now led. But the community he most wanted to tell me about was the one in which he was raised, the one in Pennsylvania that was no more.

Anyone who’s frequented an American synagogue in the past half-century knows what I mean, which is something of a miracle—since the list of touchstones still shared by the disparate strands of American Judaism numbers… I’ll be generous and say it’s in the single digits. But the cookies served after Saturday-morning services—a motley crew of sweet, pasty mounds, dabbed with chocolate or colored sprinkles and engineered to make you desperately need the grape juice on which a blessing had just been bestowed—are among them.

Anyway, back to my young rabbi and the story of his hometown. As it turns out, his mother was among a cohort of women tasked, for nearly two decades, with baking the cookies that would be served each Shabbat in their synagogue. That is, until the year the board hired an outside consulting firm to determine where and how it could cut costs. In what will come as no surprise to anyone who’s ever worked with a consulting firm or seen an episode of The Office, the first line item in the suggested changes was “pastries.” Cookies could be bought much cheaper, they noted, at a local supermarket.

What these geniuses didn’t comprehend was the one-two punch they were issuing to the gut of lived experience. In one fell swoop, the primary Jewish institution in town transmitted a dual message: To the women who put their time and affection into baking these cookies, week in and week out for nearly a quarter century, it told them their commitment to Jewishness and their community was dispensable; and to everyone else, it asserted the primacy of money as the only truly important marker of engagement in Jewish life. A decade and a half later, the shul—once a vibrant hub of American Jewish non-Orthodox success—was all but dead.

So you can sit there and rail against secularism or BDS or intermarriage or whatever other threat you imagine is decimating American Judaism, but from now on you can’t say someone didn’t school you in the real truth.

Alana Newhouse is the editor and founder of Tablet.