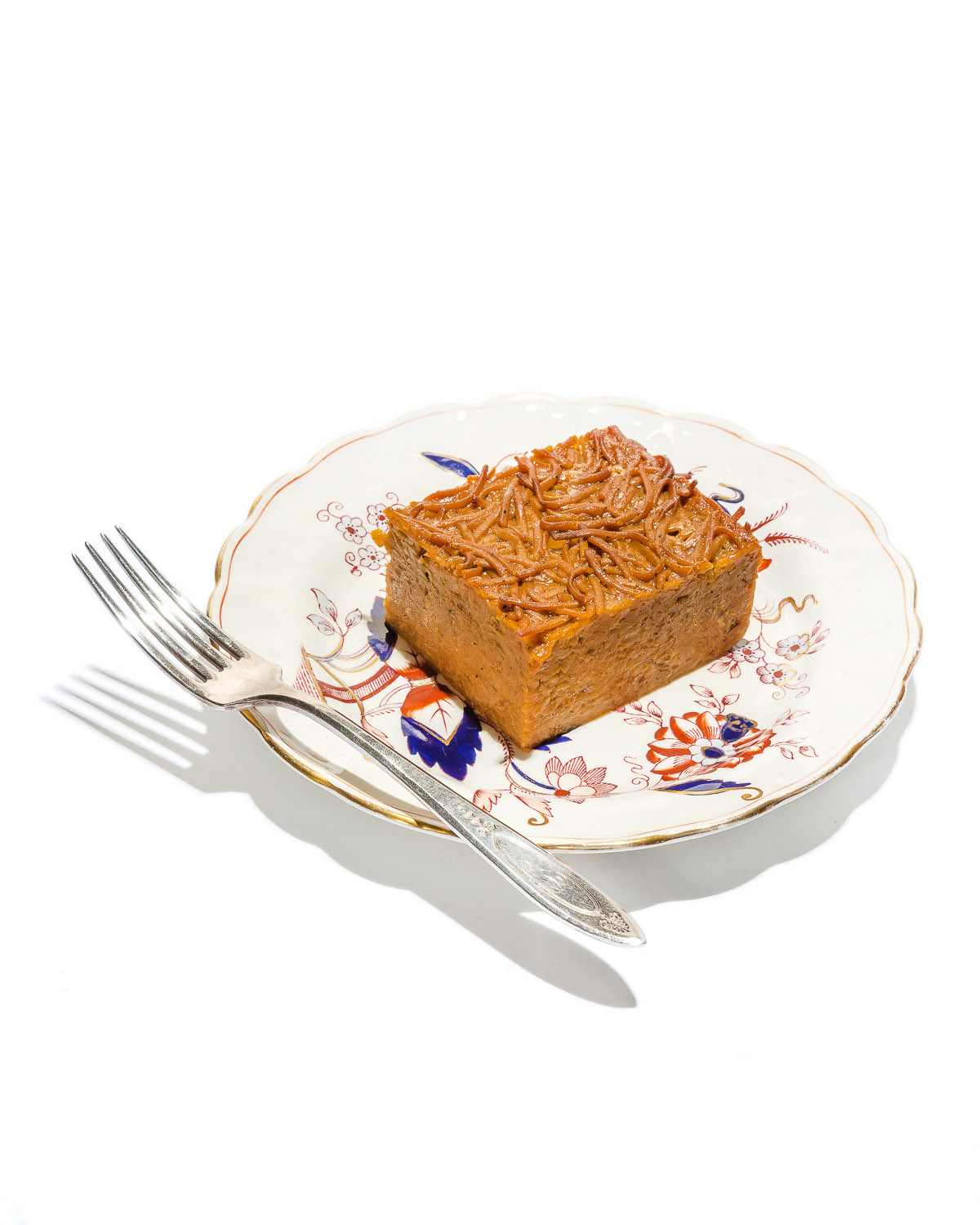 The kugel that you grew up with, with the cottage cheese and the noodles and the pineapple and sugar and raisins? I hate to break it to you, but that is a shitty representation of Jewish food. It’s like spaghetti with meatball sauce on top and a side of bread—a European dish with American resources and terrible results.

Now I can get behind a wild-mushroom kugel served with a nice salad, or a cheese kugel with real vanilla and orange zest, baked up fluffy like a soufflé. At Zahav, we’ve made kugel like fideos, with short, skinny noodles, thrown in leftover coffee-rubbed brisket and served them in individual cast-iron crocks. In the end, a kugel rises or falls on who’s making it—since it really is just a kind of casserole.

That said, Yerushalmi kugel, I’ll agree, is the shit. It’s dark and slow-roasted and full of black pepper, and each strand of pasta tastes like it’s been caramelized. And I’ve heard that, on the Friday before Purim, some Jews eat four kinds of kugel—apple, flour, noodle and potato—since the first letters of each flavor spell out the name Amalek in Yiddish, an enemy of the Jews, which is a cute tradition. But still: No thanks. I’d rather have hamantaschen.

Michael Solomonov is a chef, cookbook author, and the owner of multiple restaurants, including Zahav, in Philadelphia.