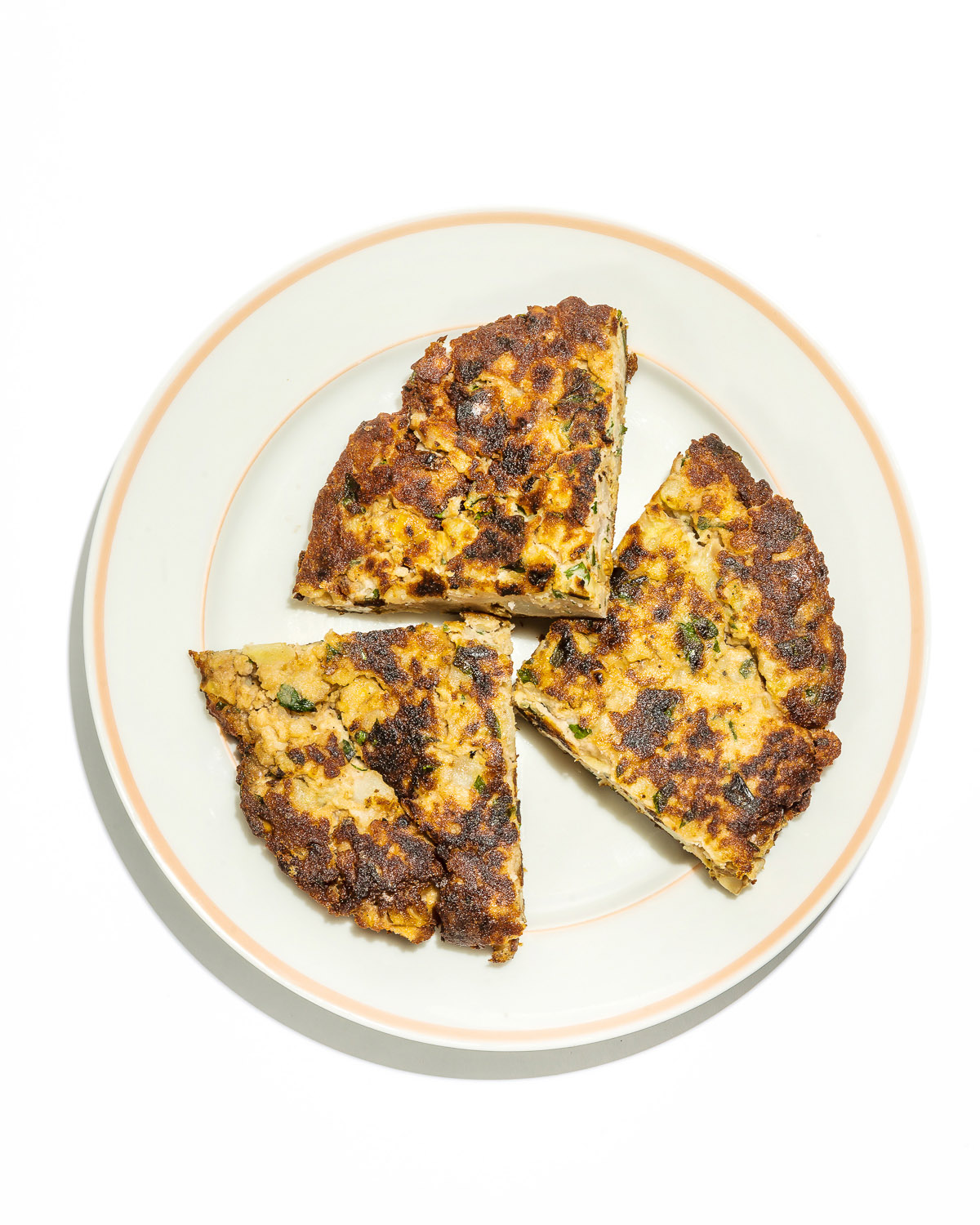 Say “potato pancakes” and latkes come to mind, at least for Eastern European and American Jews. But not so for the Jews of the Republic of Georgia, descendants of one of the world’s oldest Jewish communities, dating back some 2,600 years. Though the Jewish population plummeted when the Soviet Union collapsed, the beautiful synagogues survive, notably in the capital city of Tbilisi, the central Georgian city of Kutaisi, and the town of Oni, in the mountainous province of Racha.

Racha’s real fame derives from its potatoes, which are prized throughout Georgia. The local Jewish population turned them into labda, a distinctively Georgian riff on potato pancakes. Boiled potatoes are mashed and mixed with chopped walnuts—the hallmark of Georgian cuisine. Beaten eggs and minced parsley are stirred into the mass, which is then cooked in a large skillet to make a single dramatic pancake. Labda joins two Jewish culinary cultures in a sumptuous union. The use of walnuts and the frittata-like presentation are typical of Persian cuisine and hearken to Georgia’s ancient Mizrahi traditions, while the Russian Ashkenazim brought a taste for potato pancakes to Georgia when they arrived in the 19th century.

Labda is traditionally served at Passover. It contains parsley and potatoes, either of which Ashkenazi Jews typically place on the Seder plate for the karpas that symbolizes spring. The pancake’s lineage is both ancient and modern, as it assimilates the potatoes beloved of Ashzenazi Jews into the Eastern-inspired cooking of the Mizrahim who settled in Georgia thousands of years ago.

Darra Goldstein is the founding editor of Gastronomica and the author of several award-winning cookbooks, including The Georgian Feast, which will appear in a 25th anniversary edition later this year.