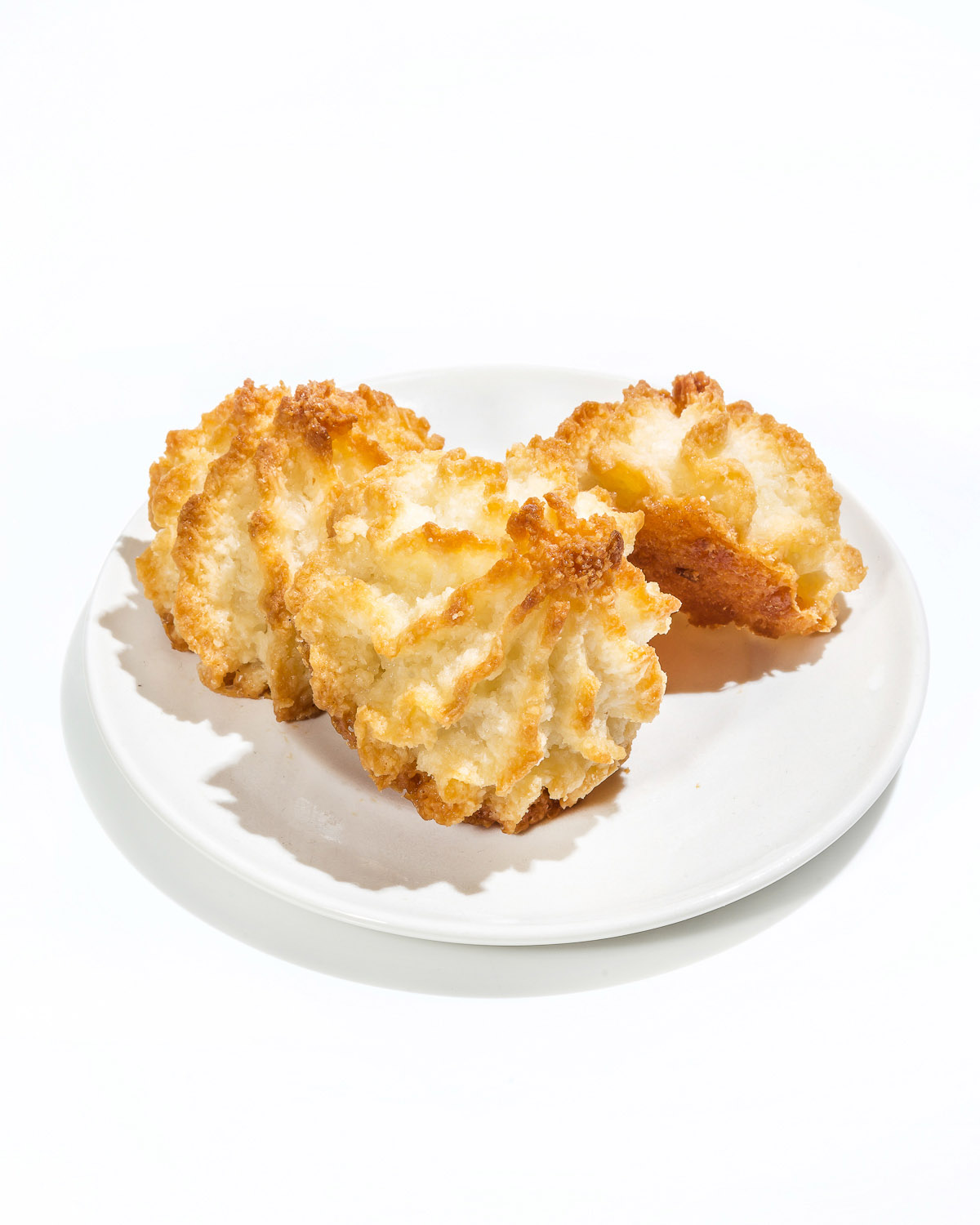 The odds are good that if you are a Jew who grew up in America, you can remember one specific macaroon that made you realize one very important thing: Canned macaroons are bullshit. For my friend Jeff, it was a chocolate macaroon that his neighbor made. For Leah, it was a macaroon she tried at a Havdalah potluck. For me? It was a rice-pudding-flavored macaroon that I ate while walking to the subway in East Harlem after a visit to the magical Danny Macaroons factory. Living in a country with modern conveniences like flaccid store-bought canned coconut macaroons seems to have produced two eras in the lives of many: the one that came before the life-changing macaroon, and the one that came after.

The latter era started to gain momentum around 2011, when suddenly everyone had become gluten-free. Bougie macaroons with crisp golden shells and gooey delicious innards were popping up at specialty stores and bakeries. The Jewish-food blogging world was churning out carrot-cake macaroons and matcha macaroons to Jews and gluten-free gentiles alike. And being able to make the distinction between the French macaron and the Jewish coconut macaroon was suddenly a skill required of every foodie (another thing that everyone had become by 2011).

What the pedestrian foodie might not realize, however, is that the French macaron and the coconut macaroon are in fact cousins. They share an ancestor: an Italian cookie made of almonds, sugar, and egg whites, which won the hearts of Jews way back in the day because they could be eaten on Passover. After migrating to France in the 16th century, this cookie was eventually sandwichified and fancied up into the Parisian macaron that we know today. Elsewhere, including in the States, coconut was subbed in for nuts to make a sturdier, more shelf-stable cookie. Franklin Baker, a flour miller in Philadelphia who became America’s first large-scale shredded coconut producer in 1897, is largely responsible for this development. But in Sephardic traditions, macaroons made with almonds (or pistachios, or pine nuts), remain the norm.

No matter where you fall on your personal journey of macaroon discovery, whether you’re pre-canned-macaroon epiphany or post, one thing is for sure: It’s just not Passover without them.

Molly Yeh is the author of Molly on the Range and blogs at mynameisyeh.com.