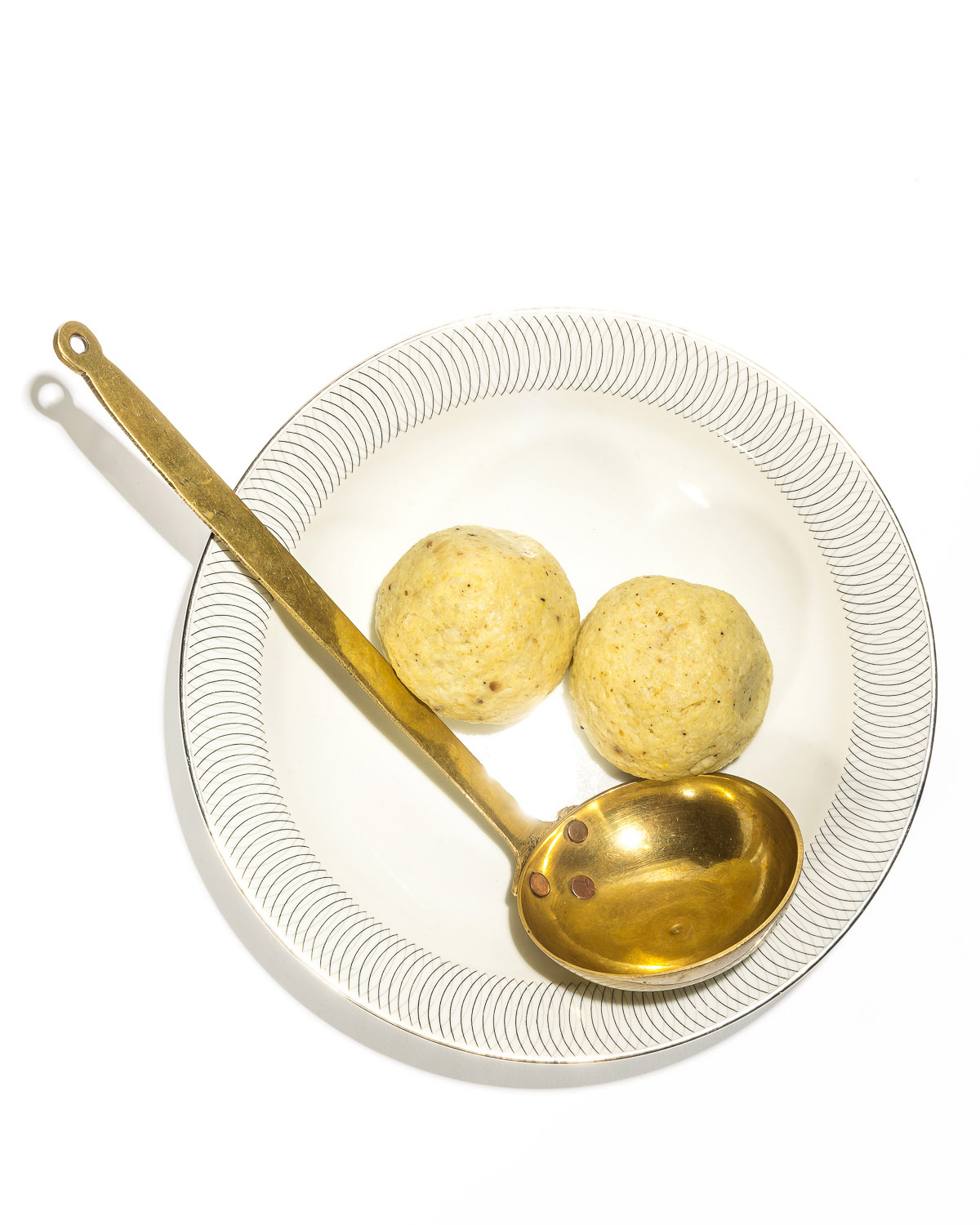 Here is my considered judgment: No Jewish dish—not one—is as comforting or iconic as the matzo ball.

With neither the heat of spicy Szechuan dumplings nor the delicacy of Italian gnocchi, there is no ambrosia quite like matzo balls, floating in homemade chicken broth, when you are sick or celebrating a Jewish holiday.

Matzo balls began as the German Knödel, a bready dumpling. Jewish cooks in the Middle Ages first adapted the dumplings to add to Sabbath soups, using broken matzo with some kind of fat like chicken or beef marrow, eggs, onions, ginger, and nutmeg. As Jews moved eastward from Germanic lands to Poland and the Pale of Settlement in Russia, they brought kneidlach (Yiddish for Knödel) with them. In Lithuania, for the Sabbath, kneidlach were filled with special bonuses like cinnamon or meat. Though kneidlach arrived in America under different guises, Manischewitz Company started packaging ground matzo meal like breadcrumbs and marketed the dumplings in a box as “feather balls Alsatian style” in their Tempting Kosher Dishes cookbook of 1933.

The term “matzo ball” itself was first used in English in 1902 in the section on Jewish food in Mrs. Rorer’s Cookbook, and the name stuck. Today matzo balls come in all sizes and varieties; there are those the size of tennis balls and even bacon-wrapped matzo balls.

And, of course, there is the age-old discussion of “floaters” versus “sinkers.” You can make floaters with the packaged mix by including baking powder—yes, baking powder—or by adding, as my mother-in-law did, soda water in the prepared mix. Today I make mine using matzo meal, spices like ginger and nutmeg, and fresh herbs like cilantro, dill, or parsley for flavor and color and cook them the way that I like them—al dente. Now, that is what I call a matzo ball!

Joan Nathan is Tablet’s food columnist and the author of 10 cookbooks, including King Solomon’s Table: A Culinary Exploration of Jewish Cooking from Around the World.