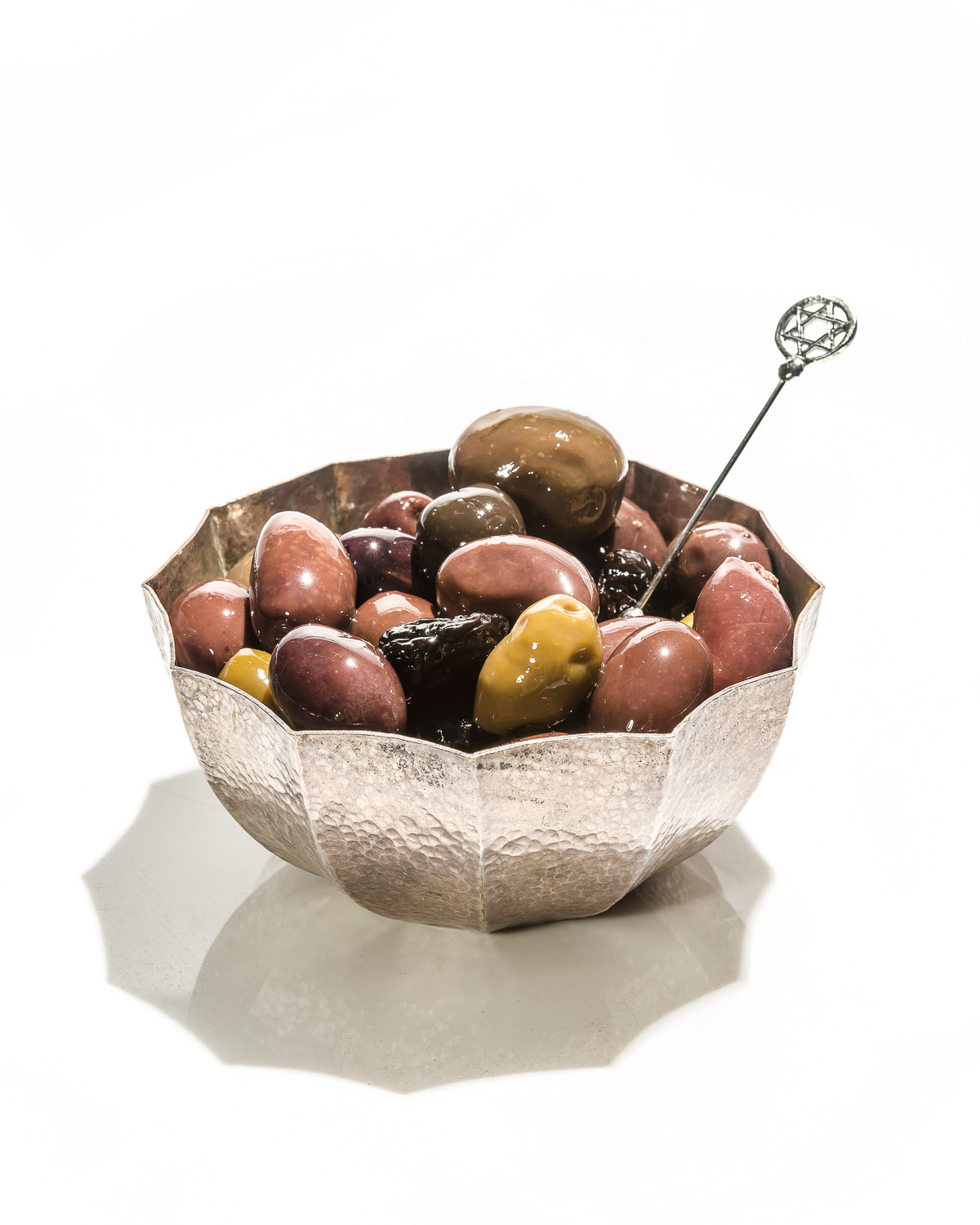 Rabbi Meir asked: “What makes an olive a Jewish food?” [He was answered:] “Its use in any recipe or drink that is not a martini.” And what is a martini? Rabbi Yehudah answered: “A martini is a glass that the goyim use to overcharge for schnapps.” But Rabbi Simon said, in the name of Rabbi Yehoshua ben Levi: “A martini is four parts gin to one part vermouth.” And what is a part? A part is the minimum amount required of something to fulfill an obligation. And what is that minimum amount? A kezayit [literally “like an olive”]. According to the sages, if one eats less than a kezayit of any foodstuff, one is excused from saying the preliminary blessing or the grace after meals. But does this ruling apply to the olive itself? Yes. Because an olive is the size of an olive, one may eat an olive without having to say the preliminary blessing or the grace after meals. And according to Rabban Gamliel, if one places a swizzle stick across two olives, that which passes beneath is not chametz.

It was told in a baraita that a goy walked into a bar and asked, “How many olives should be in a martini?” Rabbi Yosef bar Tender answered him, saying, “One, in tribute to the One Lord, but the olive must not be eaten.” Rabbi Nachman bar Keep said, “One, in tribute to the One Lord, but it may be eaten only in an emergency [e.g., if you are too drunk to drive home and require some sustenance].” Rabbi Eliezer bar Back disagreed and said, “Two: one to eat before you drink, and one to eat after—as it is written: ‘Prayer is helpful both before and after the judgment is sealed.’”

Ben Wizner is a longtime ACLU lawyer who prefers his martinis with three olives.