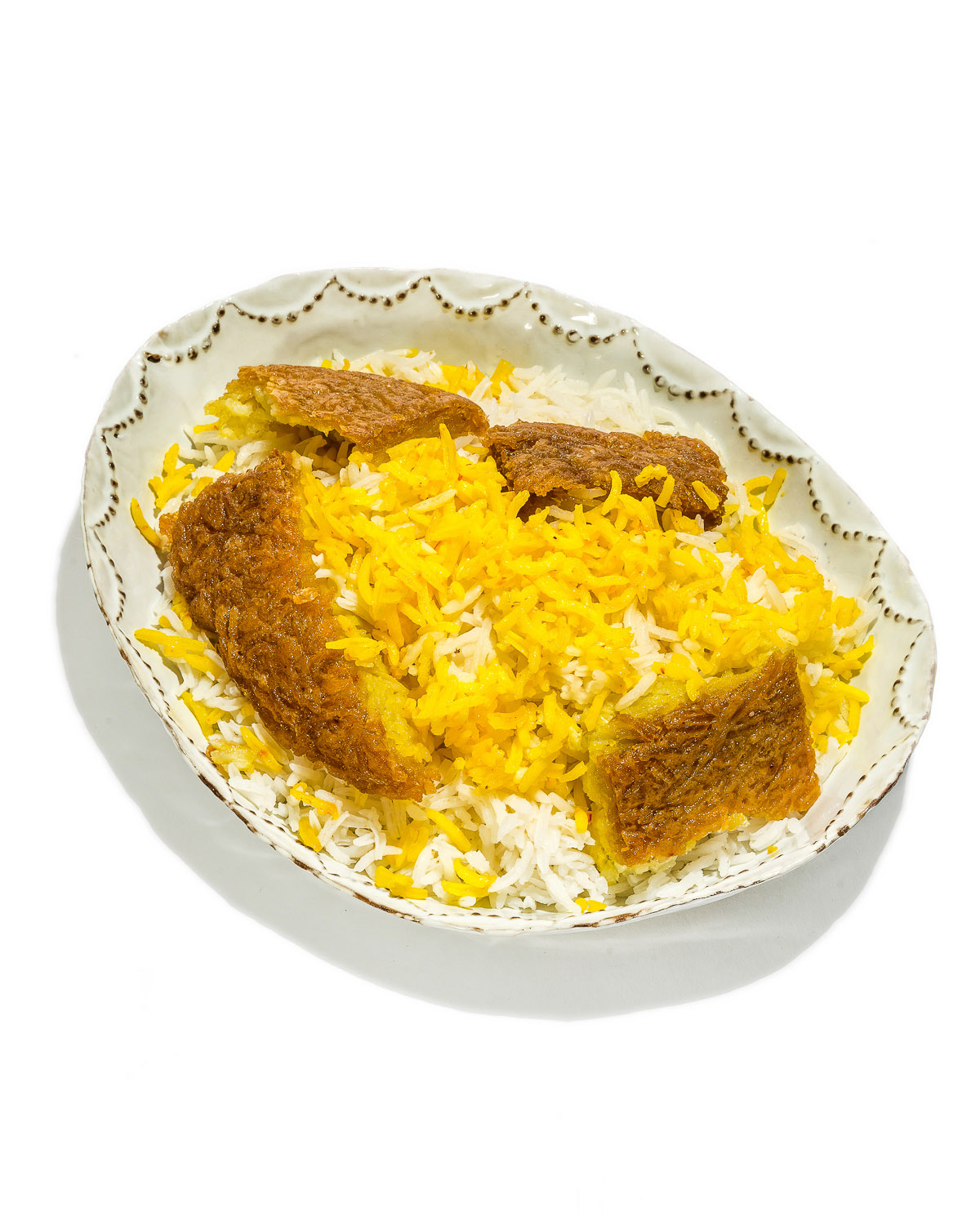 For all the love lavished upon lumpy Ashkenazi darlings such as the bagel, kugel, or matzo ball, it is indeed Persian rice that, if it came down to it (for it always does), could serve as the Jewish people’s most fitting alimentary metaphor. Lean, distinct grains, negligible on their own, become gastronomically substantial when together on a spoon or in a mound on the tray. Come what may, be it herb (dill, leek, parsley) or spice (cumin, cinnamon, cardamom) or bean (fava, green, or the black-eyed variety) or fruit (raisin, barberry, cranberry), Persian rice blends them all into a sumptuous sum far greater than its separate parts. While the palatable repast might lead the epicure to believe that mere lightness accounts for the taste, the crusty, bottom-of-the-pot concoction offers a tough rebuttal, leaving room for many interpretations, for instance, this: Only with so hardened a bottom does such lightness on top become possible. And can one make this dish from a mere recipe? Queen Esther would advise against it, if she could. It takes serious dedication to learning by the side of a culinary chacham to create the crusty/fluffy paradox without involving the local fire chief, not so metaphorically speaking!

Roya Hakakian, a 2018 Hadassah-Brandeis Fellow, is the author of several books, including Journey from the Land of No, about growing up Jewish in revolutionary Iran.