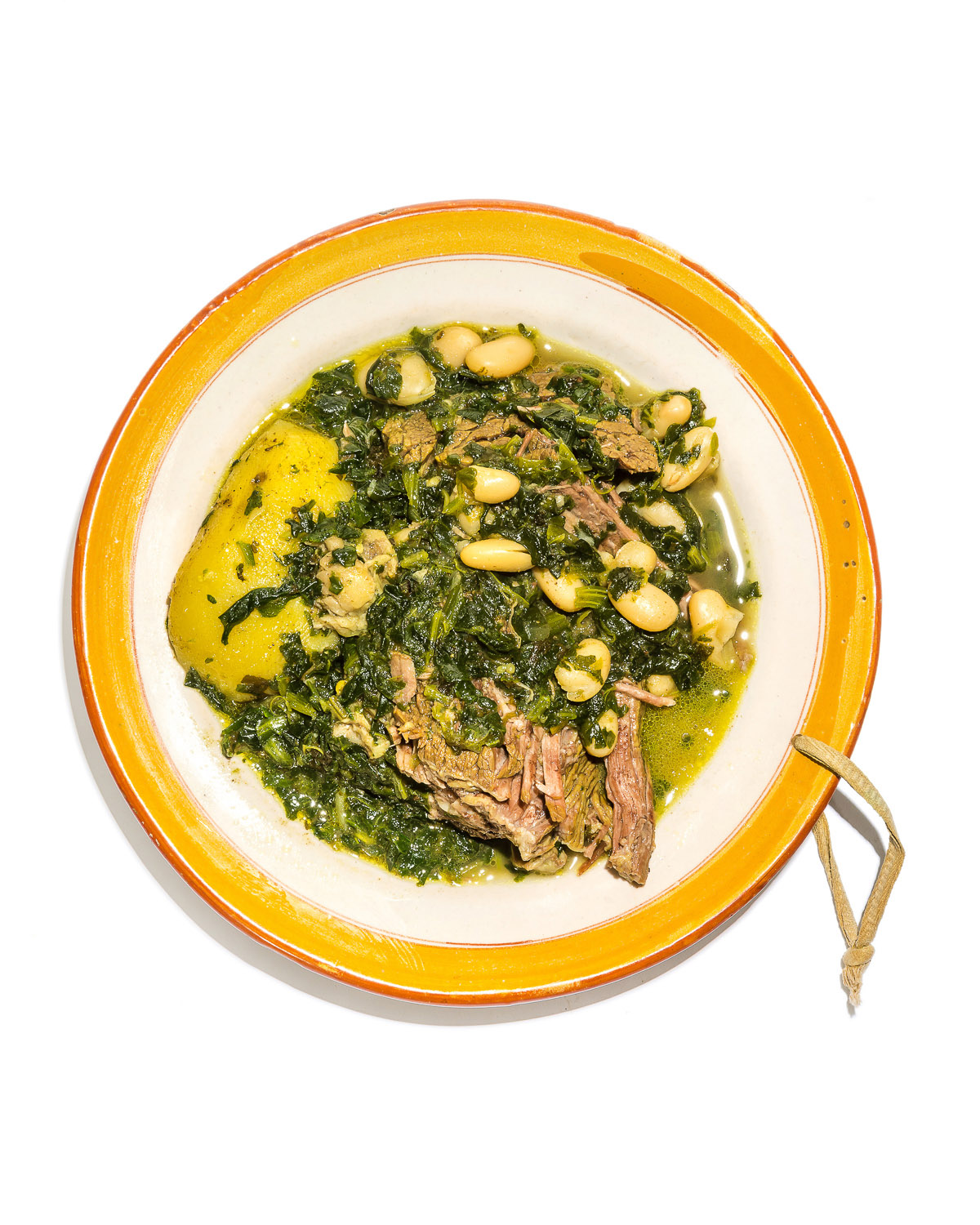 Think of pkaila as the hipster Jewish dream food: It’s the greatest authentic dish you’ve never heard of, a rarity in a time when even previously obscure delicacies like harissa and za’atar are now commonplace in every Brooklyn boîte. Enjoyed exclusively by Tunisian Jews—their Muslim neighbors still know nothing of the dish and its pleasures—it involves gargantuan amounts of spinach fried diligently until nearly charred, and then stewed slowly with a beef shank and a small white mountain of beans. Add a forest of cilantro and mint shortly before serving, and you have an aromatic mixture that is the perfect topping for a mound of couscous. With so much of our contemporary culinary scene dedicated to the breaking down of cultural boundaries and the creation of new food fusions, it’s delightful to see an unreconstructed dish, still unknown and untouched, belonging only to those who took the time and toiled to cook it on Rosh Hashanah and the occasional Shabbat. It’s the opposite of that famous Levy’s rye bread ad—you do have to be Jewish to love pkaila.