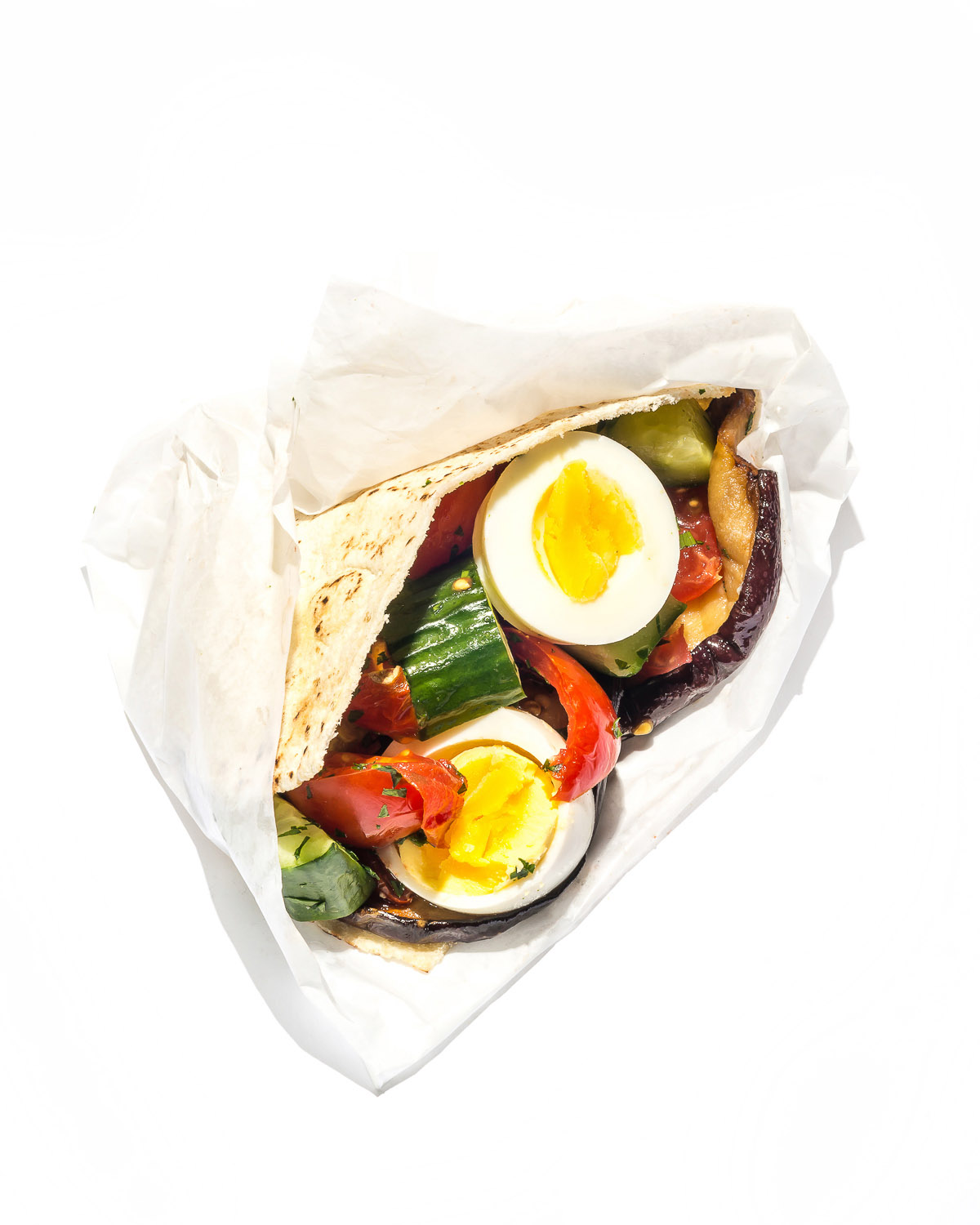 Israelis, too impatient for leisurely lunches, stuff their midday meals in a pita. Sometimes it’s falafel, sometimes it’s shawarma, and on particularly decadent days, it’s a nobly proportioned and golden schnitzel. But no dish rivets the attention and excites more than sabich, a fried eggplant with a hardboiled egg, tahini, pickles, and a pungent mango chutney known as amba. Like everything else in Israel that merits true religious devotion, the origins of sabich are controversial. Some say that the dish was a popular breakfast back in Iraq, and that the name is a variation on the Arabic word for morning, sabach. Others believe that the dish got its name from its originator, an Iraqi Jewish immigrant named Sabich who opened up a small shop in Ramat Gan in 1961 to sell his magical creation. Either way, the sabich proved to be a stroke of daring genius, a taste, quite literally, of Start-up Nation avant la lettre—cheap to make, quick to assemble, and packed with flavor. So absolute is the dish’s dominance on the local food scene that it taught Israelis, notoriously allergic to orderly lines, how to queue up. If you go to Sabich’s original stand, savor your pita, and want another, there’s no need to wait for more of that divine stuff. All you have to do is yell “mana be’schwoong,” or “another one, pronto,” and the long line parts like the Red Sea, delivering you back to the promised counter and its eggplants from heaven.