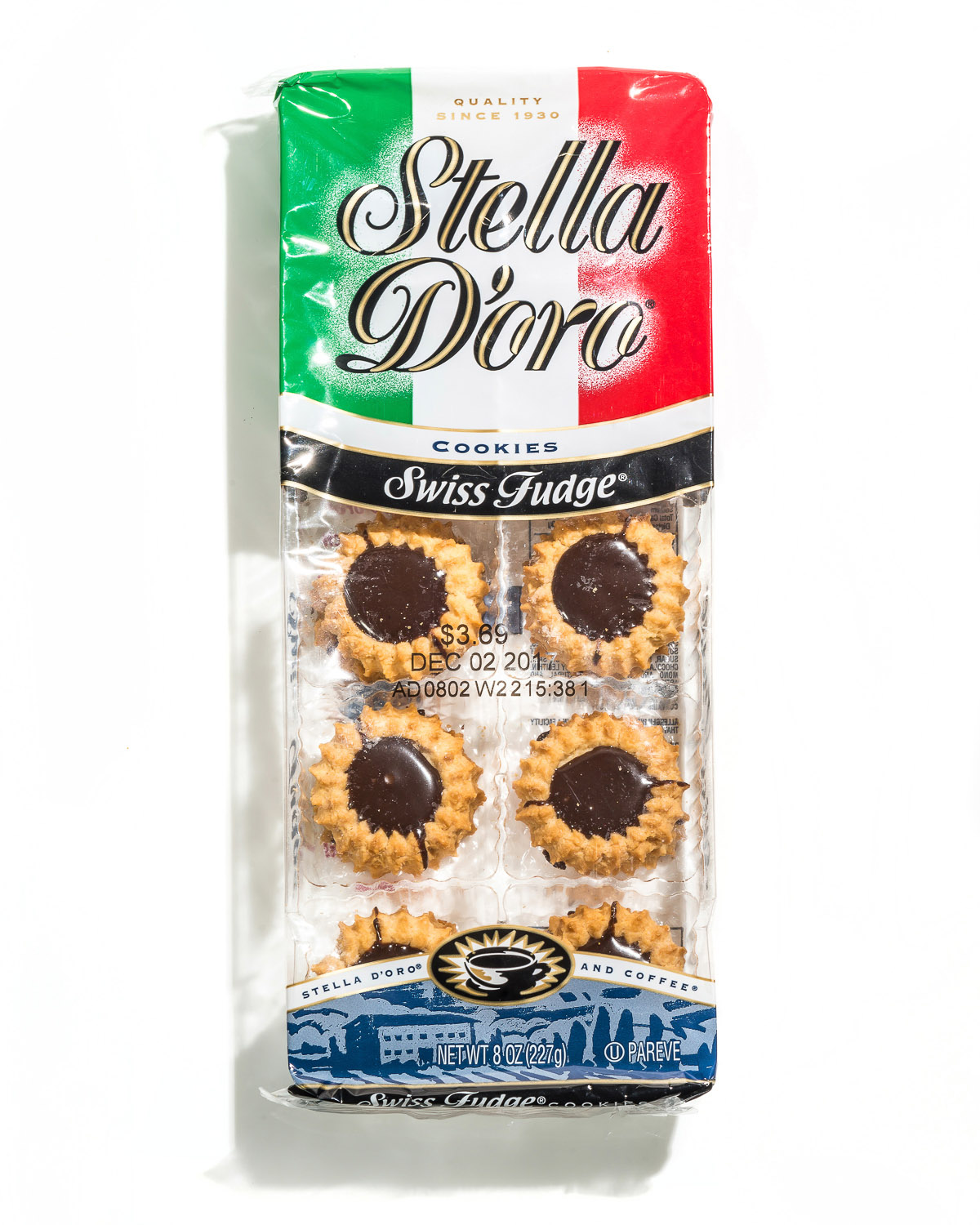 In 1930, 49 percent of the 1,265,258 people who lived in the Bronx were Jews. In certain parts, such as along Tremont Avenue, the figure was as high as 80 percent. A market for a certain kind of cookie was just sitting there—hundreds of thousands of cups of tea and coffee with nothing quite right to go with them. The Stella D’oro Bakery, a Bronx-based, family-owned company, saw the need and began to make Old World, less sweet cookies with recipes that contained no dairy products. In America, the land of milk and cookies, Stella D’oro baked for the tea- and coffee-drinking, kosher-keeping connoisseur. It succeeded gigantically. The Stella D’oro Swiss Fudge Cookie—about the size of a silver dollar, with a floral shape and a dark chocolate center whose color resembled the center of a sunflower—became the most Jewish cookie ever made.

By the 1950s, Stella D’oro had built a factory at the corner of 237th Street and Broadway, in the Kingsbridge section. The smell of baking cookies levitated the neighborhood for miles around. Depending on the wind and what was in production that day, you could smell the cinnamon, chocolate, and licorice (for the anisette toast) two el-train stops away.

The Zambetti family, which owned the company, prospered through two generations. In the 1980s, Stella D’oro was doing $65 million of business a year. Workers received top wages and put their kids through college. A Zambetti grandson, Marc, who was 24, prepared to take over the helm. Then, on October 17, 1989, Marc died in the San Francisco earthquake. The family sold the company, which soon became part of Kraft Foods. New management decided that not using dairy products was too expensive, so it changed the recipe and removed the pareve label. Rabbis wrote outraged letters. Sales fell by almost 50 percent. The old recipe was restored and the label put back on. Later, a hedge fund bought the company and cut salaries. The workers struck for 11 months but lost their jobs anyway when a North Carolina-based snack-food company bought Stella D’oro and moved it out of the Bronx. Stella D’oro’s delicious baking smells now drift forlornly across the fields and through the woods of semirural Ashland, Ohio. The packages still say pareve on them, and the cookies still taste the same. That the Swiss Fudge Cookie has its own story of suffering, exile, and survival makes it even more Jewish, I believe.

Ian Frazier is a staff writer at The New Yorker and the author of Travels in Siberia.