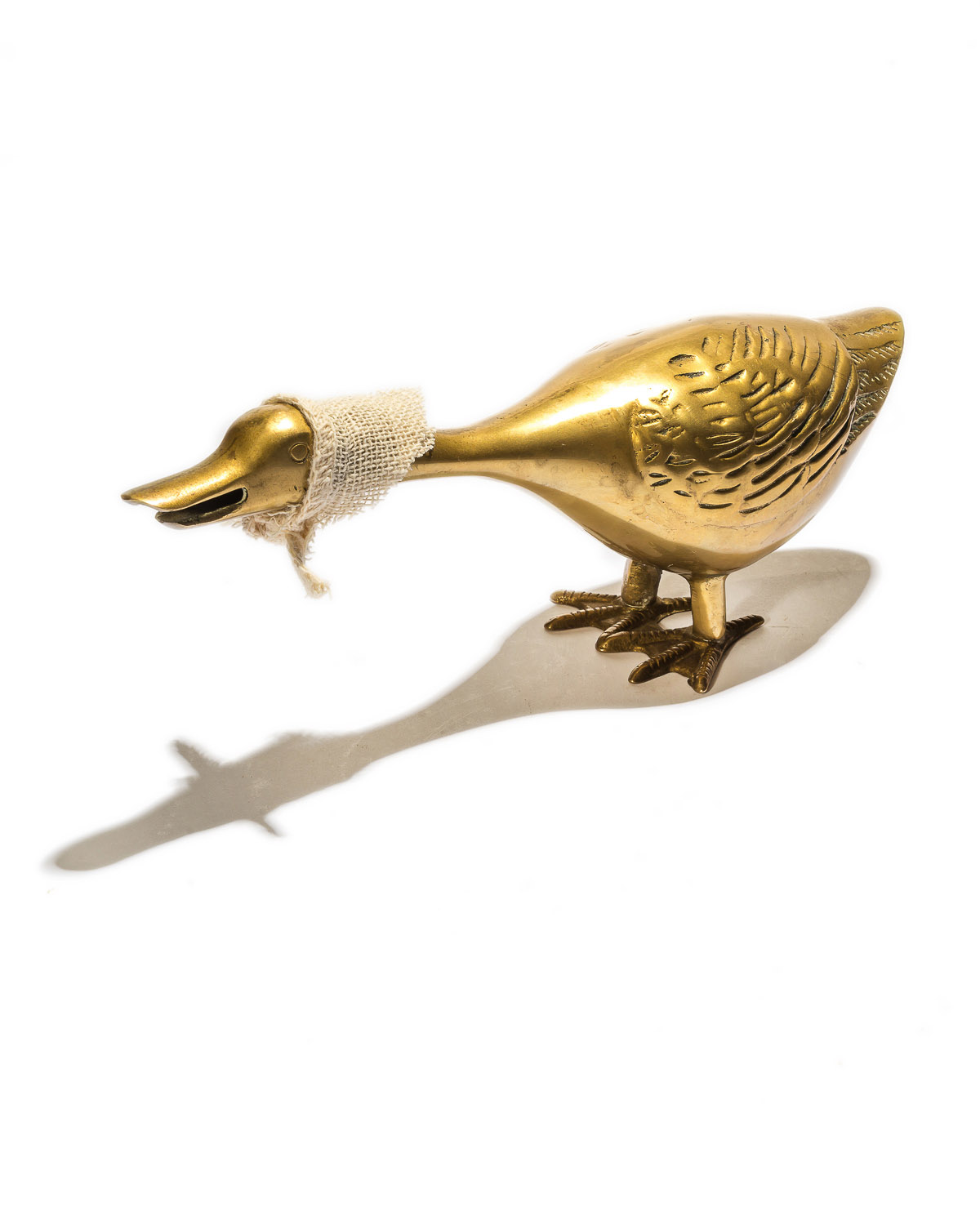 If you asked Yidn from the Old Country about their most delectable, ultimately special meal, the answer would most certainly have included goose. Goose was the aspirational Eastern European and Central European Jewish protein. Not chicken. Not beef. In Romania, Jews made that now-famous pastrami we associate with Jewish deli by curing goose meat, then rubbing it with spices, then smoking it. Roasted goose was the coveted main during German and Eastern European Hanukkah feasts, with potato latkes fried in the goose’s fat served alongside it. The liver from the Hanukkah goose (aka foie gras) was usually stored for Passover.

Goose was a central feature of Yiddish culture and its food traditions. In a classic Sholem Aleichem story from 1902 fittingly titled “Geese,” the female Jewish protagonist takes the reader through the process of purchasing young geese in October and fattening them up for winter for the meat, fat, and down feathers.

The realities of 20th-century America, however, forever altered Jewish eating. Beef was cheap. Chicken was even cheaper. In 1948, A&P-brand supermarkets hosted the “Chicken of Tomorrow” contest to develop a new breed of chicken—pretty close to what we’re eating today. Unlike geese, the chicken of tomorrow could be held in captivity and fed nothing but corn and grain. Stalwart Jewish goose lovers attempted illegally raising geese in their tenement backyards in the Lower East Side, but eventually the forceful powers of Americanization (and sanitation) won out.

As industrial farming took root, goose went from being the choice meat of the Jewish community to a relic of the Old World, something referenced by cranky old Jewish men lamenting the state of the world, an erstwhile Dickens novel or Sholem Aleichem story. But that shouldn’t negate the importance of geese to Jewish gastronomic history.

Jeffrey Yoskowitz is the author of The Gefilte Manifesto: New Recipes for Old World Jewish Foods.