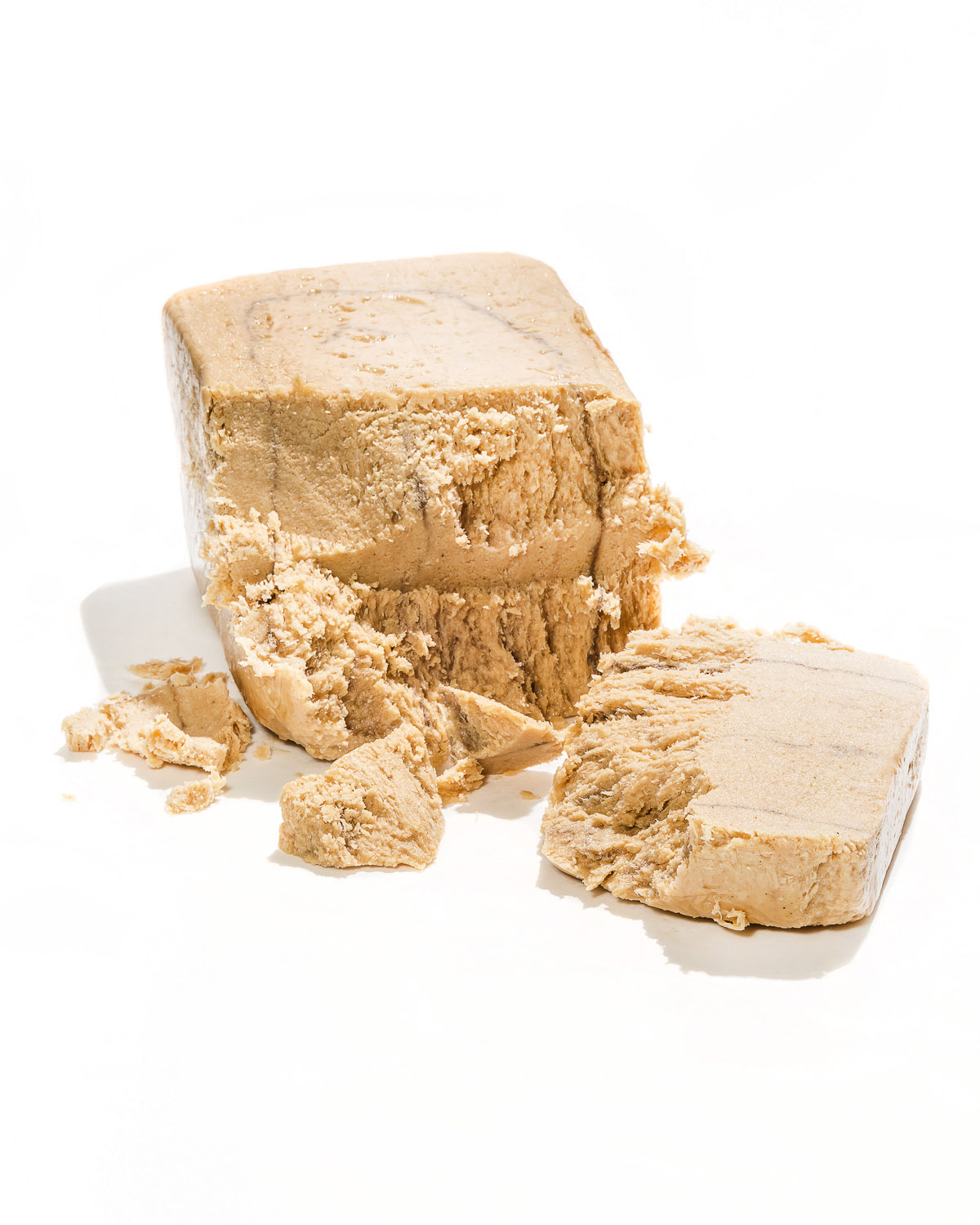 There’s simply no such thing as too much halva. It keeps forever in the freezer; is typically made from tahini, sugar, and little else; complies with basically every dietary need or law; and is delicious. The name is derived from the Arabic word “halwa,” meaning “sweetmeat,” and is believed to have originated in Turkey as a flour- and sugar-based candy. As it spread throughout the Middle East and Asia, variations made with other ingredients like ground nuts, seeds, carrots, and semolina were popularized. In the early 20th century, a sesame-based version enjoyed by Ashkenazi Jews in Eastern Europe made its way to Brooklyn when the entrepreneur Nathan Radutzky founded Joyva, the largest and oldest halva producer in the States. His products grace the shelves of practically every deli and kosher grocery section in the country.

Halva may look like a bar of soap, but it is, in fact, a heavenly confection that crumbles like the innards of a Butterfinger and shaves like Parmesan. You either love it or you’re completely indifferent to it: It’s either a hard yes anytime the word “halva” is in front of the words “sundae,” “sufganiyot” or “French toast” on a menu, or to you it’s just a brick of brown unglamorous candy that’s a Purim basket space filler getting between you and the chocolate. If you identify with the latter, it’s OK. Really. I completely understand. It’s probably just a matter of time until you cross paths with life-changing halva. Either that, or you’re a monster with immature taste buds who wouldn’t know a culinary masterpiece if it hit you in the face. That’s all.

Molly Yeh is the author of Molly on the Range and blogs at mynameisyeh.com.