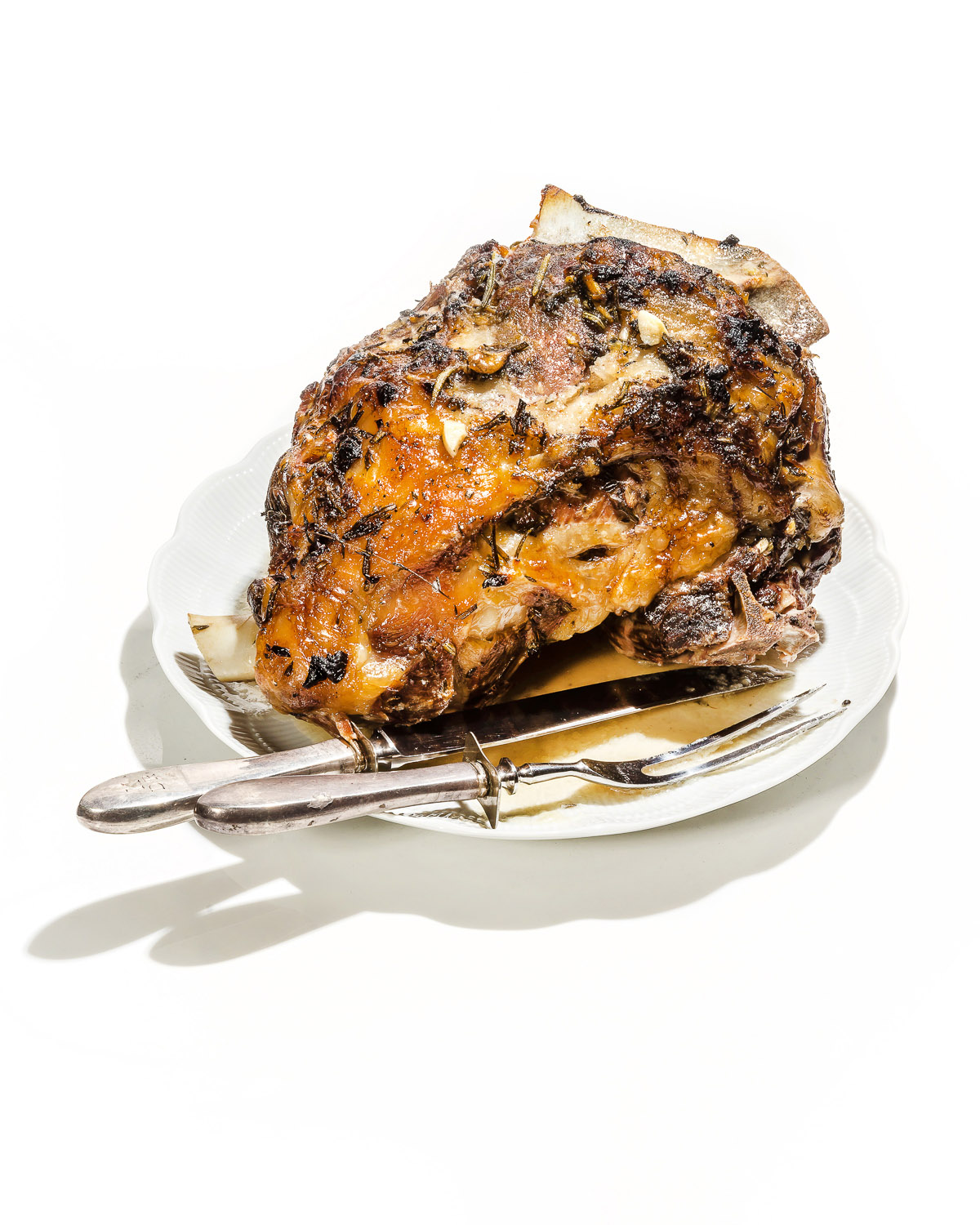 Lamb (Not the Leg. And Definitely Not Roasted.)

Being a food editor is a great job—until the holidays roll around. They are the bane of every food editor’s existence.

Consider the Seder. My first year as food editor of the Los Angeles Times, I called my sister-in-law in Tel Aviv to ask what she was planning to serve. She gamely sent me her recipes. These included an unusual charoset and a lovely leg of lamb roasted in mint. The photographs we took were beautiful, and I heaved a sigh of relief.

But I arrived the next morning to a flurry of irate phone calls. “What was I thinking?” readers wanted to know. How could I possibly print a recipe for a leg of lamb and call myself a Jew? As one caller told me, “As a mark of respect for the memory of the temple sacrifices, the eating of a whole roasted lamb on Passover is forbidden by the code of Jewish law called the Shulchan Aruch, which was first printed in Venice in 1565.”

Jews who strictly interpret this rule will not eat roasted meat of any kind for their Seder. Others simply refrain from roasted lamb. More than one caller explained, rather testily, that lamb was fine so long as it wasn’t roasted—but not if it was a leg.

“Don’t you know that the hind quarter of an animal is never kosher, because it contains the sciatic nerve?” (Well, actually, no, I didn’t. But it turns out that while American butchers rarely bother with the fussy work of removing the sciatic nerve, Israeli butchers do; in Israel hind legs are kosher.)

I found this entire Passover episode so chastening that the next year—and every year after that—I hired an expert in Jewish dietary law to go over the recipes. When I tried hiring him to review our Hanukkah recipes, he laughed uproariously. “Oh, Ruth,” he said, “Hanukkah’s not a real holiday. You can put anything you want on the menu.“ He stopped for a minute and then conceded: “Well, probably not ham.”

Ruth Reichl is the author of My Kitchen Year: 136 Recipes That Saved My Life.