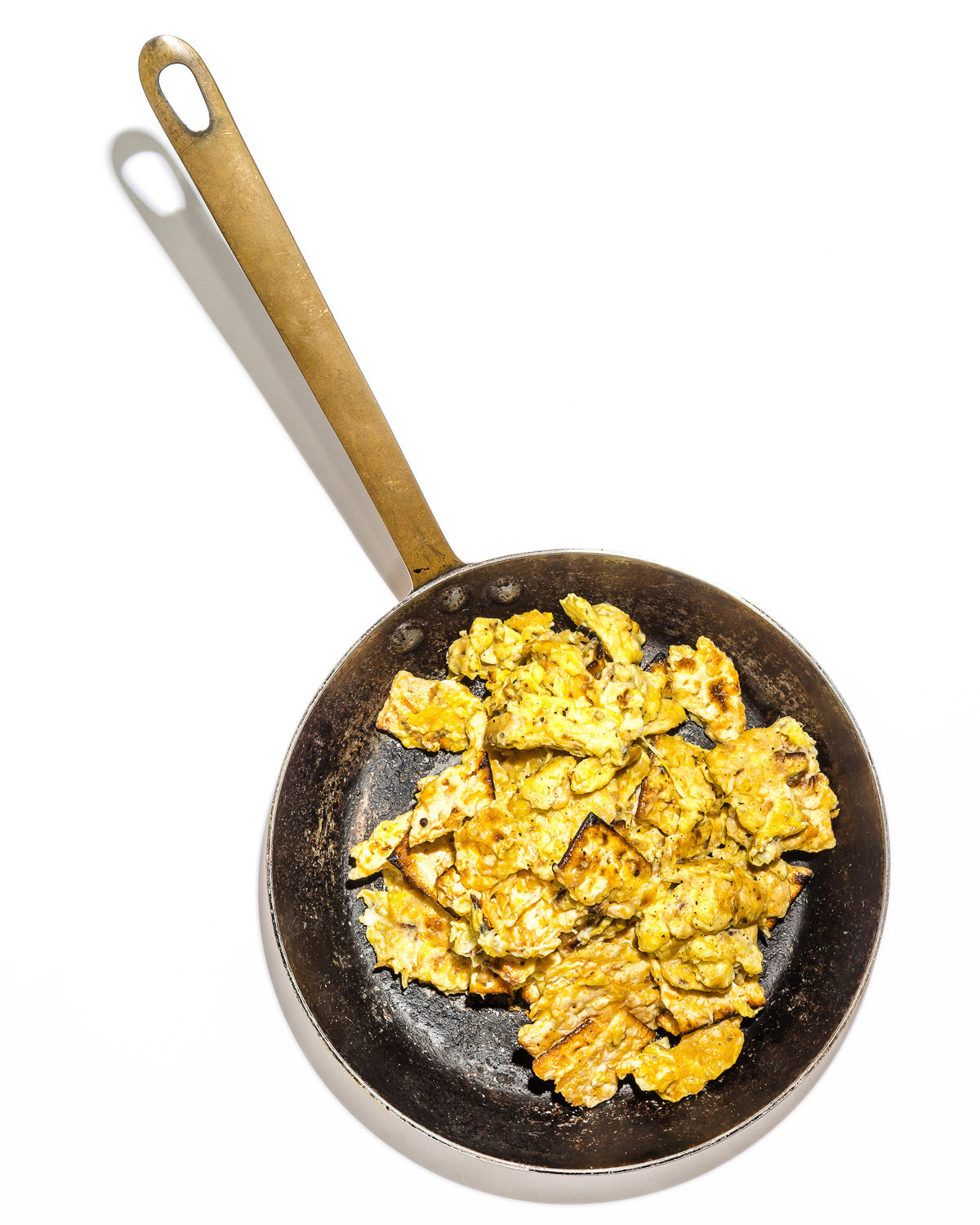 The ingredients are as basic as they come: matzo, eggs, pepper, salt. But matzo brei, like every other good thing on the planet, is about the doing, and because it is Jewish, there is a particular way that it needs to be done. The matzo needs to be broken over a colander, so you can save the precious fine-grained dust. Then gently wash the matzo fragments until they start to get soggy. Add in the matzo dust along with the eggs, salt, and pepper, and a kind of alchemy happens. Fry it up in enough butter to float a battleship, until you have something that looks like the proverbial dog’s breakfast or worse. Add Grade A Vermont maple syrup, and you have something undeniably delicious.

Matzo brei tells a story that starts out where I live and includes nearly the entire history of my people, with asides about copper, fire, belief in God, and so forth. Once those conditions are no longer binding, the food you eat tastes different. It’s part of someone’s nostalgia trip. Matzo brei is impervious to that kind of treatment, which is why, when they grow up, your children will make their matzo brei for their children.

Is this not the entirety of the agony and the ecstasy of a 3,500-year-old religion in one dish, with the addition of maple syrup neatly folding in nearly everything that will seem worth preserving 2,000 years hence about the whole North American Jewish experience—namely, New England, where the Puritans created a safe haven for all faiths while teaching their children Hebrew at Harvard and Yale; and where the Boston Red Sox, who might also be the Brooklyn Dodgers, play baseball; and Robert Lowell and Robert Frost wrote poems that could have been written in Russian, all of which is merely another way of expressing the gratitude of a hunted people for the nearly unbearable sweetness of life in this place. It is arguable that better maple syrup comes from Quebec, where Montreal is, and therefore, by extension, Toronto, and also Hollywood, which is secretly run by Canadians, some of whom eat matzo brei. So eat it, and smile. But only on Passover, or else the spell will be broken, and you may as well order a Big Mac at McDonald’s, for all I care.

David Samuels, Tablet Magazine’s literary editor, is a contributing editor at Harper’s Magazine and a longtime contributor to The Atlantic and The New Yorker.