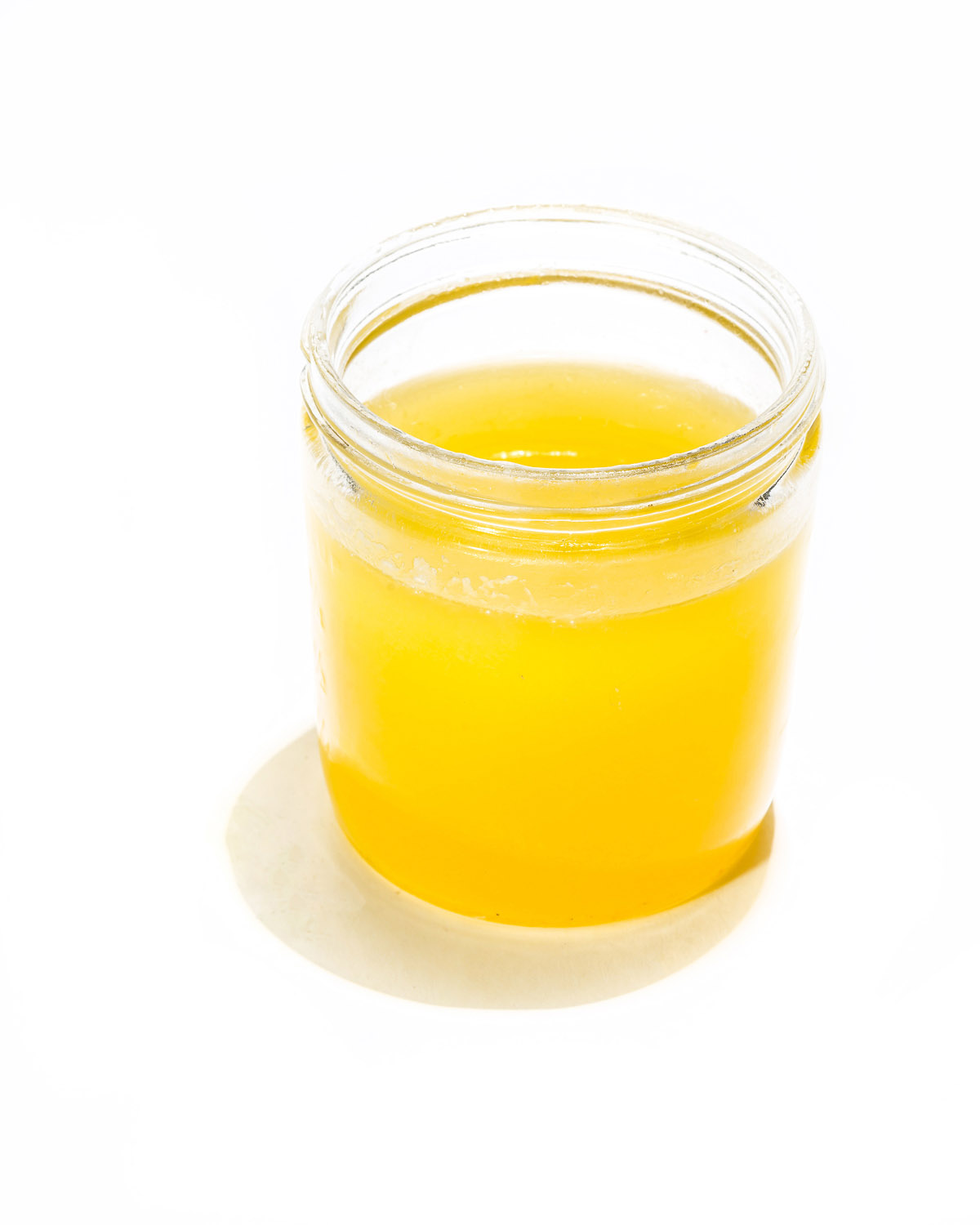 Once considered so valuable to Jews in Eastern and Central Europe as a critical cooking fat, schmaltz was stored in vessels secured with padlocks. For most of the ‘80s, ‘90s and aughts, however, you couldn’t give the stuff away.

Central and Eastern European Jews once cooked nearly exclusively with butter and rendered poultry fat: the yin and yang of the kosher kitchen. For fleishig meals, especially in late fall, winter, and spring, schmaltz was the go-to. The advent of vegetable and canola oil, and new products like Crisco vegetable shortening didn’t help. The 20th century may be known for an intellectual flourishing of the American Jewish community, but it can also be known as the century that rendered flavorful Jewish dishes and desserts a distant memory.

I didn’t cook with schmaltz until my 20s. As soon as I began rendering my own from chicken or goose fat, cooking with schmaltz added new layers of flavor and new depths to the Ashkenazi dishes I began to prepare. I felt like my parents and teachers had lied to me about the dreariness of Jewish food. “Jewish cooking today has a reputation for blandness, not entirely unearned,” Jane Ziegelman writes in 97 Orchard, her impressive culinary history of the tenements on the Lower East Side. “A hundred years ago, however, the label would have never stuck.” The disappearance of schmaltz isn’t the only reason for the poor reputation of Jewish food these days, but it’s a pretty obvious one.

Thankfully, due to the erosion of accepted midcentury nutritional dogma, saturated fats are considered “in.” And, just like that, schmaltz—and the distinctly Jewish flavors it bestows—is again on the menu.

Jeffrey Yoskowitz is the author of The Gefilte Manifesto: New Recipes for Old World Jewish Foods.