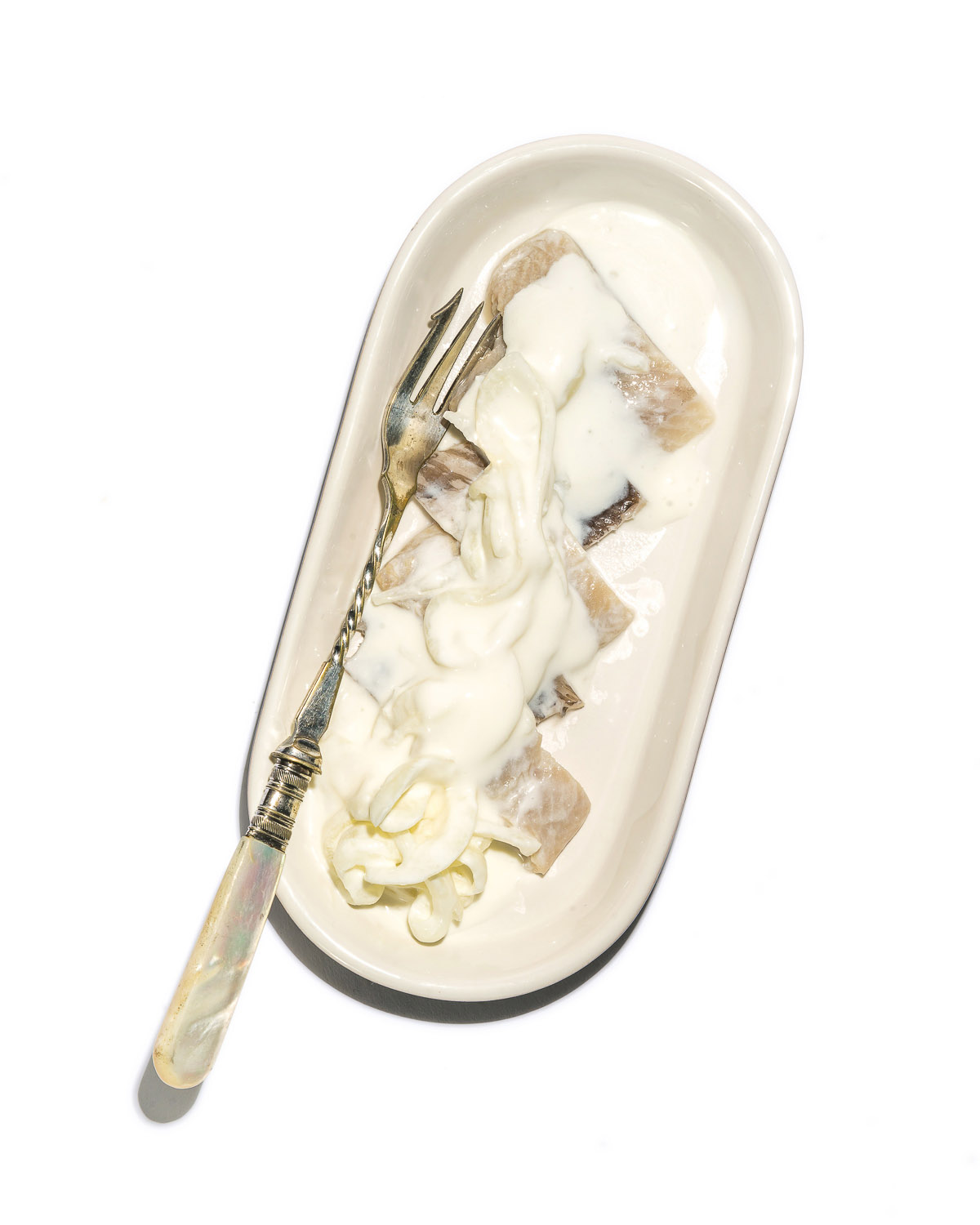 Everyone in my family ate herring, except for me. They stank. They were oily and, in my opinion, hairy. Though I know a fish can’t be hairy. But when my mother would eat a piece, I would see all these hairlike bones sticking out of her mouth. They were eaten with boiled potatoes. Sour cream. Thick slices of dark bread. The way they ate them for dinner in the little village of Lenin in Belarus. A family sitting around a table in a grubby shack, eating smelly fish. They were eaten with arguments and accusations. Or gentle love. With millions of questions being asked.

The family left Belarus. And came to Palestine. There was plenty of herring eating there. Then my parents moved us from what was by then Israel to Riverdale, in the Bronx. There were plenty of Jews there. No need to pine for that. Sunday was brunch day for everyone. My father would take me to buy the food for the brunch. Rugelach from Mother’s Bake Shop. Knishes from Liebman’s Deli. But most important was the trip to Daitch supermarket. There we bought bagels, cream cheese, tomatoes, nova. And the herring.

The deli counterman would plunge a big two-pronged fork into a pickled herring and, with a deft motion, place it on the wooden cutting board and slice it into pieces. Then they were spilled into a container that was filled with cream and onions. The cream and onions to me were the only good part. We brought them home and had our own version of sitting around a table. Some arguments. Some silence. Some singing. A messy mix of inexplicable actions and emotions. With a certain amount of festive exuberance and cultural comfort. And so it went. And so it still goes.

When Chekhov died, his body was sent to the funeral in a refrigerated train car full of herring. They accompanied the great writer to his end. The fish were innocently sitting in their boxes next to the big box of Chekhov. That is enough to make you like them. And now I actually do. Maira Kalman is a designer, writer, and illustrator, and author of the forthcoming book, Cake.