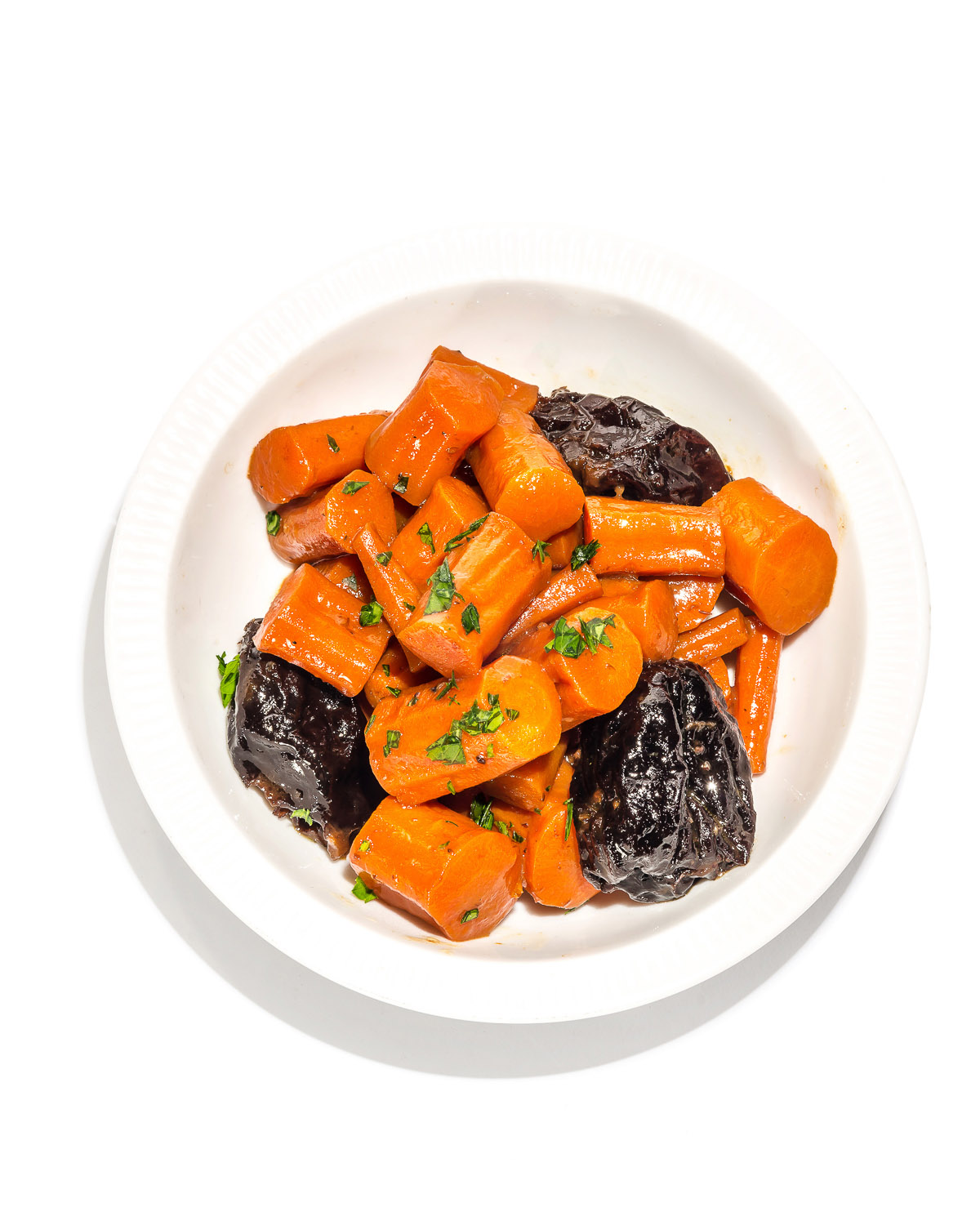 The funny-sounding name comes from the Middle High German zuomuese, which means side dish; the contents are defined by the fruits or vegetables available and the cook’s imagination. While a mango-passion fruit tsimmes is theoretically possible, the first thing to come into the mind of any native eater of Yiddish food who hears the word “tsimmes” is likely to be a carrot. The carrot tsimmes is to tsimmes what the gin martini is to martinis—the standard to which all others must aspire. Sliced carrots, honey, a nice luminous roux made of flour, schmaltz, and the liquid from the carrots and honey—when it doesn’t spell Shabbos, it spells Rosh Hashanah.

So where does tropical fruit come in? Far from being newfangled or inauthentic, the canned pineapple prominent in so many a modern tsimmes started out as a token of freedom, stewed proof that the old country was really behind us. Introduced into Russia in the 18th century, pineapple was grown in hothouses, usually by members of the aristocracy, and, as food historian Joyce Toomre says, quickly became “a symbol of luxury and Western culture.” Exactly. This apparently incongruous addition to one of our oldest traditional dishes was really a tangy fuck-you to the czar and all his policies. Pineapple-happy Jewish immigrants were putting American abundance into the service of a hitherto unrealizable European ideal.

But don’t look to tsimmes for political consistency. An upper-class person, one to the manor born, can be described as coming from the tsimmes, much as you’d call the same person a member of the upper crust in English. In Yiddish, as in English, you could also say that he or she is from the same smetene, the very cream of society, but only Yiddish can portray Caroline Kennedy as a glistening vegetable stew.